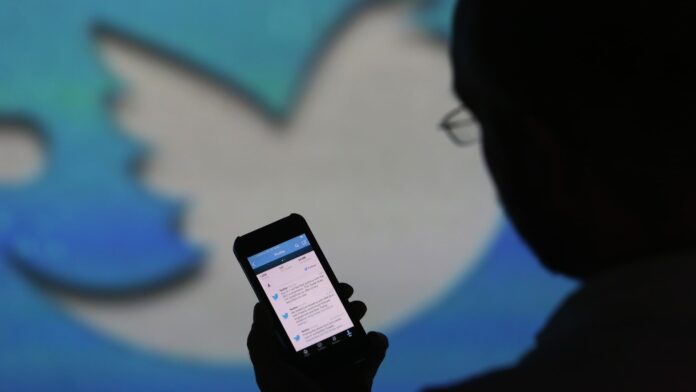 Some originally verified accounts will soon sport an “official” label, she said, while any user who pays $7.99 per month for Twitter Blue, the company’s subscription product, will sport a blue check mark. She did not specify what it will take to gain “official” status.

Musk, who is currently serving as Twitter’s CEO and sole director, has criticized Twitter’s original verification system, which gives a blue check mark, or verification, to notable users likely to be impersonated by bad actors.

Blue checks originally went to verify the identity of government officials, politicians, celebrities, some journalists, executives, medical professionals and organizations whose identity the company had verified. Musk himself has benefited from having the Twitter verification check mark. So have myriad journalists, including at CNBC.

Historically, the blue check mark let other Twitter users know that an account on the social network, and its contents, were coming from the individual or organization shown on that Twitter profile. At least some users whose accounts sported the verification mark had to provide the platform with personal info such as employer information, a phone number, or a copy of their driver’s license for identity verification.

Under Musk’s direction, the new Twitter Blue check mark will instead work as a paying subscriber badge that the company nonetheless plans to call “verification.” The subscription service has become a major focus for Musk, who wants the platform to become less reliant on advertisers and generate more revenue from subscriptions.

Crawford specified on Tuesday that subscribing to Twitter Blue and gaining the check mark from the company will no longer require identity verification, writing:

“A lot of folks have asked about how you’ll be able to distinguish between @TwitterBlue subscribers with blue checkmarks and accounts that are verified as official, which is why we’re introducing the ‘Official’ label to select accounts when we launch.”

“The new Twitter Blue does not include ID verification — it’s an opt-in, paid subscription that offers a blue checkmark and access to select features. We’ll continue to experiment with ways to differentiate between account types.”

“Not all previously verified accounts will get the ‘Official’ label and the label is not available for purchase. Accounts that will receive it include government accounts, commercial companies, business partners, major media outlets, publishers and some public figures,” she wrote.

Crawford, director of product management at Twitter, joined the social media company when it acquired her startup, Squad, in December 2020. Since Musk took over, she has become the product leader for Twitter Blue. The team experienced a significant workforce reduction last week, which has affected its ability to ship a redesigned verification system by the Nov. 7 date Musk originally set as a sprint goal. Crawford’s team is now trying to hire back some of the employees who received termination notices.

Comedians, influencers and actors including Valerie Bertinelli, Kathy Griffin, Ethan Klein, Sarah Silverman and Rich Sommer all appeared to change their Twitter display names on their verified profiles to “Elon Musk” without indicating that they were parodying his account.

A technologist and USC Annenberg Civic Media Fellow, Sydette Harry, told CNBC ahead of the new Twitter Blue launch that the company had problems thwarting harassment, hate speech, misinformation and impersonation long before the Tesla CEO took over. For example, the company has never managed to protect Black and other minority users effectively, especially those who were not celebrities or public figures with a blue check.

She added, of the new verification system, “This new method is going to be theatrically bad, because once people pay for verification it takes the issue from a community moderation problem, which can be expected on a free or ad-supported service, to a customer-service problem.”

She also said that she’s concerned Musk seems focused on U.S. users, despite the service’s large international customer base.