Twitter says it significantly slowed hiring during the second quarter 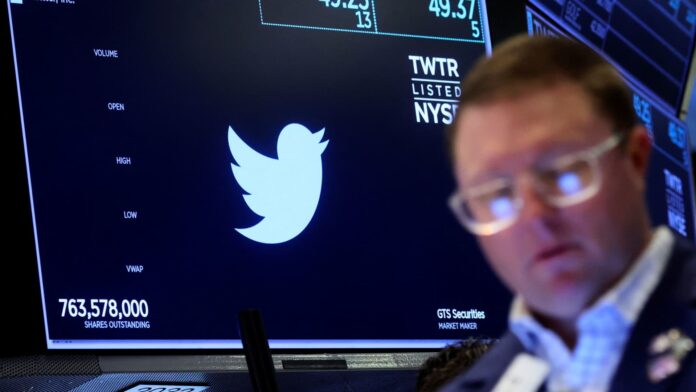 The Twitter logo and trading information is displayed as a trader works on the floor of the New York Stock Exchange (NYSE) in New York City, U.S., May 3, 2022.

Twitter said on Tuesday that the company “significantly slowed hiring” in the second quarter.

The company disclosed the hiring slowdown in its second-quarter earnings filing with the Securities and Exchange Commission that cited a need to manage its cost structure “in light of the current macroeconomic environment.”

“We significantly slowed hiring in the second quarter of 2022 and are being more selective about the roles that we are filling, and we have simultaneously seen our attrition rate increase,” the company said. “We have also reduced non-labor spend in areas such as travel and marketing.”

In May, Twitter imposed a hiring freeze amid the departures of the company’s head of consumer, Kayvon Beykpour, and revenue product chief Bruce Falck.

Twitter reported poor second-quarter financial results last week that missed on the top and bottom lines and user growth. Its sales declined 1% year over year to $1.18 billion, which the company attributed to a weak macroeconomic environment and the related online advertising market.

In addition, the company blamed its sales decline to “uncertainty related to the pending acquisition of Twitter by an affiliate of Elon Musk.”

In October, Twitter is slated to face Musk in a Delaware court in an effort to enforce the Tesla CEO’s $44 billion offer to acquire the company.