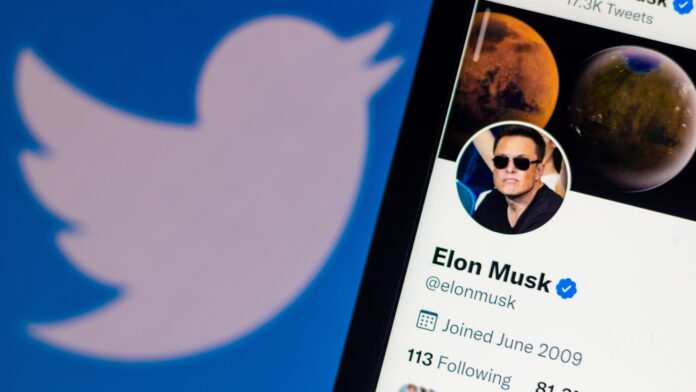 The official profile of Elon Musk on the social network Twitter.

Twitter reported earnings for the second quarter on Friday that missed analyst estimates on earnings, revenue and user growth.

Shares of Twitter fell more than 1% in early trading.

Here are the key numbers:

Twitter said revenue slid 1% year-over-year to $1.18 billion. Wall Street had expected $1.32 billion, representing 10.5% growth year over year. It marked Twitter’s biggest revenue miss ever, with results coming in 11% below estimates, according to Refinitiv.

The company partially blamed the revenue drop on ad industry headwinds tied to the broader challenging macroeconomic environment, as well as “uncertainty related to the pending acquisition of Twitter by an affiliate of Elon Musk.”

Twitter and other social media companies with a heavy reliance on advertising have felt the weight of macroeconomic challenges, as fears around inflation, interest rate concerns, continued supply chain issues and the war in Ukraine led some advertisers and brands to adjust their ad spend. On Thursday, Snap reported disappointing second-quarter results, and said it plans to slow hiring due to weakening revenue growth, causing its shares to plunge 25% in extended trading.

Given the pending acquisition by Musk, Twitter said it will not provide forward-looking guidance for the third quarter. It’s also not hosting a conference call with analysts to discuss the earnings results.

Costs and expenses during the quarter ballooned 31% year-over-year to $1.52 billion. The company swung to a loss of 8 cents per share, reporting its first adjusted loss in two years and the second in its history.

Twitter is locked in a legal battle with Musk over his proposed $44 billion acquisition of the company. The Tesla CEO has tried to back out of the deal. Musk claims Twitter underreported the number of spam and fraud accounts and failed to provide information about fake accounts. Twitter sued Musk and some of his associates earlier this month over allegations that the billionaire “refuses to honor his obligations to Twitter and its stockholders because the deal he signed no longer serves his personal interests.”

Twitter scored an early win on Tuesday when a Delaware Court of Chancery Chancellor ruled in favor of an expedited five-day trial to begin in October.