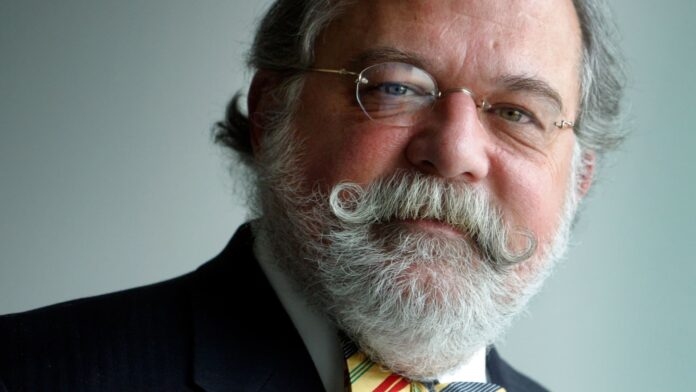 In a new interview, Cobb also said Trump’s conduct on Jan. 6, 2021 as a mob of his supporters attacked the U.S. Capitol could, at least theoretically, lead to him being barred from seeking the presidency again.

“There is a simple way to disqualify President Trump,” Cobb told CBS News chief Washington correspondent Major Garrett in an interview on “The Takeout” podcast.

“He clearly violated the 14th Amendment of the Constitution’s Article III when he gave aid and comfort and three hours of inaction with regard to what was happening on the grounds of the Capitol,” he said.

“That clearly gave aid and comfort to the insurrectionists,” said Cobb, who added that a joint declaration by both chambers of Congress could block Trump from regaining the White House on those grounds.

Spokesmen for Trump did not immediately respond to requests for comment on Cobb’s criticisms.

In his interview, Cobb blasted Trump for what he called “the big lie” in denying after the 2020 election that he had lost to Biden. He also criticized the former president for his pressure campaign on Pence to not certify slates of electors from individual states that gave Biden his margin of victory in the Electoral College.

“I think interfering with what the vice president was obligated to do, trying to persuade him in a very aggressive efforts not to certify the election, and to send certain electors back, I think that was criminal,” he added.

Cobb also said he believes the chances of Trump being indicted by the Department of Justice are “very high.”

That statement came days after William Barr, who served as U.S. attorney general in the Trump administration, said he believes the DOJ is “getting very close” to having enough evidence to criminally charge Trump.

The DOJ is investigating Trump for the removal of thousands of government documents, some of them highly classified, from the White House when he left office in January 2021.

Cobb said he suspects the FBI raid on Trump’s home at his Mar-a-Lago club in Florida, which seized many government records, may be related to Trump’s efforts to remain in office after the 2020 election.

“This was the first time in American history that a president unconstitutionally tried to remain in power illegally, and in my own view … I believe that would merit prosecution,” Cobb said.

“I think the president is in serious legal water, not so much because of the search, but because of the obstructive activity he took in connection with the Jan. 6 proceeding,” Cobb said.

“I think that and the attempts to interfere in the election count in Georgia, Arizona, Pennsylvania and perhaps Michigan,” he added.

Asked about Trump’s claims that he actually won the 2020 election, Cobb said, “I believe former President Trump to be a deeply wounded narcissist, and he is often incapable of acting other than in his perceived self-interest or for revenge.”

‘”I think those are the two compelling instincts that guide his actions,” Trump’s former lawyer said.

“He doesn’t believe he lost. I believe that,” Cobb said.

Here are three things the Fed’s done wrong, and what’s still not right