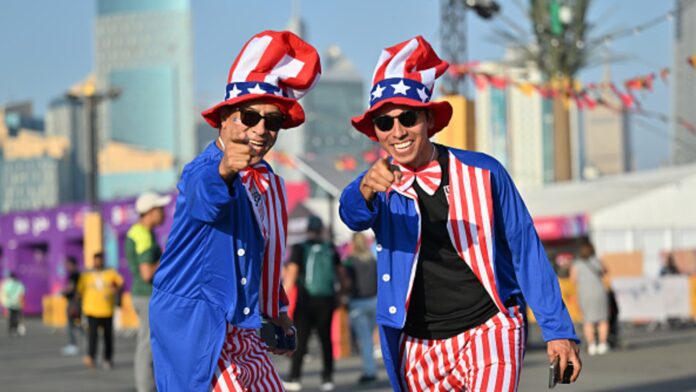 The United States and England fought to a goal-less draw in Qatar on Friday night, as America kept hope alive for advancing to World Cup knockout action.

A well organized U.S. team pressed well and frustrated England and could feel disappointed in the end after creating the better chances in the game.

Christian Pulisic rattled the bar with English goalkeeper Jordan Pickford beaten in the first half while Weston McKennie, twice blazed over the bar from promising positions. Team USA also failed to capitalize on a series of corners in the second half.

The United States, with two points after drawing twice, is in third place of Group B, behind England and Iran which earlier in the day scored a stunning victory against Wales.

The Americans end group play on Tuesday against Iran and a victory over Team Melli would guarantee no worse than a second-place U.S. finish and advancement.

U.S. coach Gregg Berhalter said he was pleased with the point on Friday but already had his mind on the next games.

“We’re proud but our work’s not done,” he said in an on the field in an interview area. “We have to win on Tuesday. We know five points gets us in, we’ve got to focus on the five points.”

Before Friday night’s match in Al Bayt Stadium in Al Khor, the United States and England had only played twice in World Cup history.

The Americans beat their compatriots across the Atlantic in the 1950 tournament, 1-0, in Brazil.

Then the United States escaped with a 1-1 draw against the Three Lions, in South Africa, in 2010. That tie was only possible when Clint Dempsey’s soft shot in the 40th minute was inexplicably fumbled into England’s net by goalkeeper Robert Green.

That point proved crucial to the United States in 2010, as Landon Donovan scored a famous stoppage-time winner in his team’s final group match against Algeria. The Americans finished with five points in Group C, one more than third-place Slovenia, allowing them to qualify for knockout play.

The U.S. match against Iran is set to kickoff at Tuesday at 2 p.m. EST at Al-Thumama Stadium. It can be watched on Telemundo or streamed in Spanish on Peacock.

Stripe lays off 14% of workers