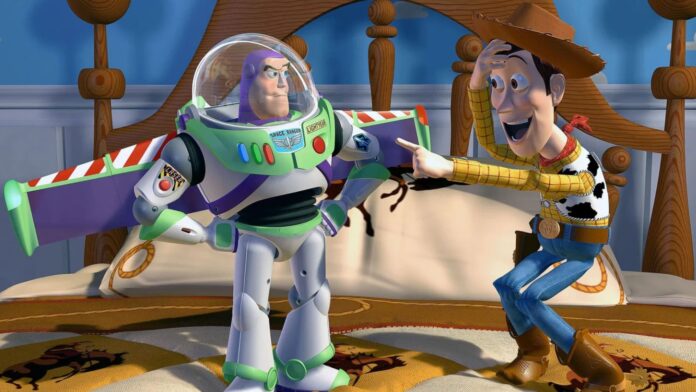 DUBAI, United Arab Emirates — Disney Pixar’s animated movie “Lightyear” hits theaters this week and is expected to draw enthusiastic “Toy Story” fans from a number of countries around the world.

Not in the United Arab Emirates, though.

The UAE’s Media Regulatory Office announced Monday it would ban the movie’s release, based on what it said was “violation of the country’s media content standards,” the office wrote in a tweet. The feature film was scheduled for release in UAE theaters on Thursday.

The government body didn’t specify in its tweet which part of “Lightyear” violated its content standards, but Executive Director Rashid Khalfan Al Nuaimi told Reuters it was based on the the inclusion of homosexual characters. The movie features a same-sex relationship and brief kiss.

The decision received mixed reactions online, with some Twitter users praising the move.

“Thank you so much for saving our children,” one user, whose bio contained UAE flags, said in response to the tweet.

Others criticized the ban, with one user writing, “A country still living in the 1300s.”

As of late Tuesday in Dubai, “Lightyear” was still advertised as premiering on Thursday on the UAE’s Vox Cinemas website. Disney did not immediately return request for comment from CNBC.

An inflatable Disney+ logo is pictured at a press event ahead of launching a streaming service in the Middle East and North Africa, at Dubai Opera in Dubai, United Arab Emirates, June 7, 2022.

Homosexuality is criminalized in the UAE, as well as the rest of the Gulf countries and the majority of the Muslim world. According to entertainment news website Deadline Hollywood, “Lightyear” won’t be playing in Saudi Arabia, Bahrain, Qatar, Kuwait, Oman, Egypt or Indonesia — the latter being the most populous Muslim country in the world with 274 million people.

It also won’t be playing in Malaysia, according to a tweet by the country’s major movie theater chain GSC, which posted a photo of Pixar’s Buzz Lightyear character and the words, “No beyond” — a reference to the character’s catchphrase, “to infinity and beyond.”

The UAE ban comes despite an announcement last year that the country would no longer censor movies. That change was part of a broader raft of modernizing reforms including the decriminalization of premarital sex and a shift from the Islamic weekend (Friday-Saturday) to the Saturday-Sunday weekend, in a push to be more competitive globally and attract additional foreign investment and talent.

Woman sunbathers sit along a beach in the Gulf emirate of Dubai on July 24, 2020, while behind is seen the Burj al-Arab hotel.

For years the UAE has cast itself as a modern, tolerant haven in an otherwise highly conservative region. The oil-rich desert sheikhdom is home to a 90% expat population, and allows drinking alcohol, wearing bikinis on public beaches, and other cultural elements often forbidden in Muslim countries.

Its nightclubs resemble those in Europe, it regularly hosts concerts of famous rappers and pop stars, and it even relaxed the penalties on some of its drug laws last year. In 2016, it established a Ministry of Tolerance.

Homosexuality, however, remains taboo in the country. When the U.S. Embassy in Abu Dhabi, the UAE’s capital, published an Instagram post featuring a rainbow and expressing its support for the LGBTQ+ community, it was met with backlash from users within the country.

This isn’t the first time the U.S. Embassy has celebrated LGBTQ+ rights in the UAE. Last year, it raised the Pride flag on its premises, marking the first time any diplomatic mission has flown a gay pride flag in the religiously conservative Arab Gulf. The British Embassy also raised a Pride flag last year.