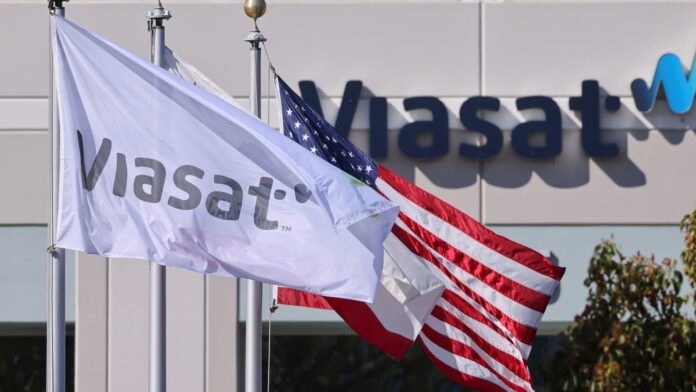 Viasat offices are shown at the company’s headquarters in Carlsbad, California, March 9, 2022.

California-based satellite operator Viasat is selling a piece of its government business to defense contractor L3Harris, the companies announced on Monday in a deal worth nearly $2 billon.

Viasat is selling its “Link 16 Tactical Data Links (TDL)” business, which is a military communications system that connects everything from aircraft to ground bases through a secured voice and data network.

The Viasat unit brought in about $400 million in revenue over the past year, representing about 35% of total revenue from its government systems business.

The sale of the Link 16 TDL unit is expected to net Viasat about $1.8 billion after taxes and fees. The satellite operator said it plans to use the proceeds of the sale to reduce debt and increase its liquidity.

The news comes as Viasat works to complete another major deal — its acquisition British satellite operator Inmarsat for more than $7 billion, expanding the company’s broadband network in orbit.

Fed could cut interest rates in 2023, analysts say, after rate hikes this year