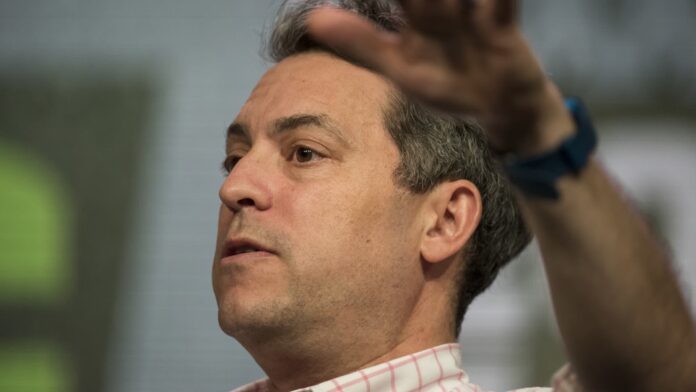 Just a month ago, media executives expressed optimism that their companies were well positioned for an economic slowdown.

Vox Media may have injected a dose of reality to the industry Wednesday.

The privately held digital media company is laying off 39 employees, according to a person familiar with the matter, as well as slowing down hiring and reducing non-essential expenses. The layoffs affect employees in sales, marketing, recruiting and certain editorial teams.

New York Magazine, which is owned by Vox Media, isn’t affected, said the person, who asked not to be named because the decisions are private. The company’s brands also include namesake outlet Vox, The Verge, Curbed and Now This. A spokesperson for Vox Media declined to comment.

“The current economic conditions are impacting companies like ours in multiple ways, with supply chain issues reducing marketing and advertising budgets across industries and economic pressures changing the ways that consumers spend,” Bankoff wrote in the memo obtained by CNBC. “Our aim is to get ahead of greater uncertainty by making difficult but important decisions to pare back on initiatives that are lower priority or have lower staffing needs in the current climate.”

He said in the memo that the cuts affect “under 2% of the company.” Earlier this year, Vox Media acquired Group Nine, adding hundreds of employees to the company. Vox derives the majority of its revenue from advertising.

Several employees at Thrillist, one of the brands acquired in the Group Nine deal, tweeted Wednesday they’ve been laid off.

The digital media industry hasn’t gotten the valuation bump executives hoped might happen with BuzzFeed’s decision to go public. BuzzFeed went public via a special purpose acquisition company at $10 per share in December. Seven months later, BuzzFeed shares are below $2.

Vox Media’s decision to cut staff may be the tip of the iceberg for media. Since 2000, on a year-by-year basis, the biggest three years for job losses in the industry all coincided with recessions — the 2020 Covid-19 pullback, the 2007-09 financial crisis and the 2001 dot-com bubble bust, according to data from Challenger, Gray & Christmas.

Officially, the NBER defines recession as “a significant decline in economic activity that is spread across the economy and lasts more than a few months.”

More than 60% of respondents to a CNBC Survey this week predicted the Federal Reserve’s efforts to rein in inflation by hiking rates will lead to a recession. Of those who predict a recession in the next 12 months, most believe it will begin in December. U.S. inflation rose 9.1% in June, the highest jump in 40 years.

Robots are here but they still can’t do much

Inside the $250 million penthouse on ‘Billionaires’ Row’