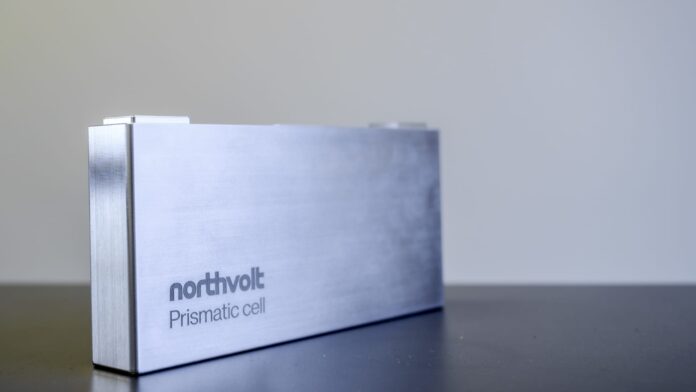 Northvolt’s most recent funding announcement comes at a time when major economies are laying out plans to move away from vehicles that use diesel and gasoline.

Electric vehicle battery maker Northvolt on Tuesday announced a $1.1 billion funding boost, with a range of investors — including Volkswagen and Goldman Sachs Asset Management — taking part in the capital raise.

In a statement, Sweden-based Northvolt said the $1.1 billion convertible note would be used to finance the company’s “expansion of battery cell and cathode material production in Europe to support the rapidly expanding demand for batteries.”

Other investors in the raise include Baillie Gifford, Swedbank Robur, PCS Holding and TM Capital.

Northvolt recently said its first gigafactory, Northvolt Ett, had started commercial deliveries to European customers. The firm says it has orders amounting to $55 billion from businesses such as Volvo Cars, BMW, and Volkswagen.

Gigafactories are facilities that produce batteries for electric vehicles on a large scale. Tesla CEO Elon Musk has been widely credited as coining the term.

Northvolt’s most recent funding announcement comes at a time when major European economies are laying out plans to move away from road-based vehicles that use diesel and gasoline.

The U.K., for instance, wants to stop the sale of new diesel and gasoline cars and vans by 2030. It will require, from 2035, all new cars and vans to have zero-tailpipe emissions. The European Union — which the U.K. left on Jan. 31, 2020 — is pursuing similar targets.

As the number of electric vehicles on our roads increases, the competition to develop factories capable of manufacturing EV batteries at scale is intensifying, with companies like Tesla and VW looking to establish a foothold in the sector.

In a statement issued Tuesday, Northvolt’s CEO and co-founder, Peter Carlsson — who previously worked for Tesla — was bullish about the future.

“The combination of political decision making, customers committing even more firmly to the transition to electric vehicles, and a very rapid rise in consumer demand for cleaner products, has created a perfect storm for electrification,” he said.

According to the International Energy Agency, electric vehicle sales hit 6.6 million in 2021. In the first quarter of 2022, EV sales came to 2 million, a 75% increase compared to the first three months of 2021.

These stocks have good record in downturns