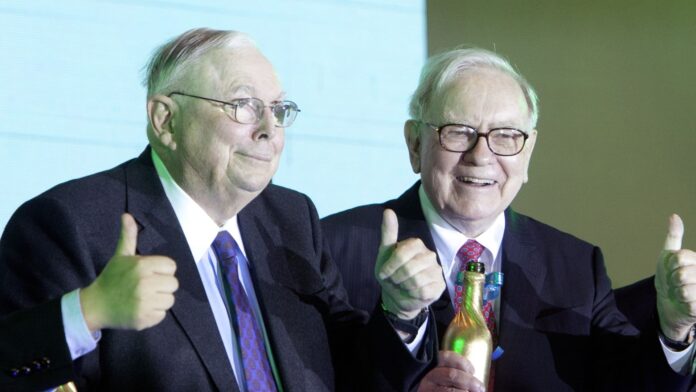 Warren Buffett’s Berkshire Hathaway has sold more of its stake in BYD , after being the biggest Chinese electric-vehicle maker’s most famous backer in over a decade. Berkshire dumped 1.72 million Hong Kong-listed shares of BYD for around $57 million, according to a filing released Friday. After the sale, the Omaha-based conglomerate still owns a 18.87% stake in BYD, the filing showed. Earlier this week, Berkshire had sold 1.33 million H shares of BYD for around $47 million, following strong earnings from the EV company. H shares of BYD have tumbled nearly 14% this week alone as the “Oracle of Omaha” began his selling. The stock is down more than 14% in 2022. BYD is based in southern China and opened its North American headquarters in Los Angeles in 2011. BYD has been a lucrative bet for Berkshire, which first bought about 220 million shares in September 2008. The stake has ballooned to $8 billion over the years amid the massive growth in EV market. The stock has jumped more than 600% in the past 10 years. Buffett gave credit to Charlie Munger, vice chairman of Berkshire and his longtime business partner, for identifying the potential in BYD. Munger’s friend Li Lu, founder of Seattle-based asset manager Himalaya Capital, has been associated with introducing the 98-year-old investor to a slew of Chinese stocks, including BYD, Alibaba and Pinduoduo. Berkshire can continue to divest its holding in BYD and will only need to disclose its transaction on its next crossing of a whole percentage number, according to JPMorgan analyst Nick Lai. If Berkshire’s holding drops to below 5%, it will no longer need to disclose future transactions, the analyst said. The move reminded some of Berkshire’s divestment in PetroChina in 2007. During July and October of that year, Berkshire had similar transactions to divest its entire holding in the Chinese gas company. Lai noted that PetroChina’s share price continued to soar after Buffett exited the holding. While Buffett’s next move could be a technical overhang on BYD, Lai said he remains positive on the EV player fundamentally.

The pandemic snacking and drinking habits that are here to stay

U.S. officials plan to push for price cap on Russian oil at this week’s IMF meetings