‘We are not acting swiftly enough’: Ex-Obama advisor on COP27 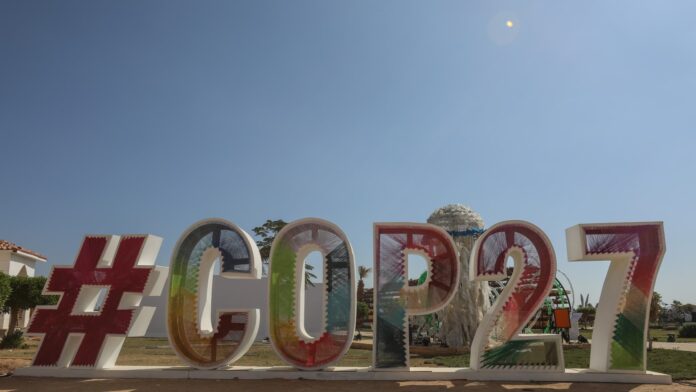 The COP27 climate conference represents an opportunity to move forward, but a significant ramping up of efforts will be required in the years ahead, according to a former special assistant to President Barack Obama.

Speaking at CNBC’s Sustainable Future Forum last week, Alice Hill was asked if she was optimistic or very concerned about the pace of change.

“Very concerned — we are not acting swiftly enough, and the impacts and the danger [are] … overtaking our efforts,” Hill, who is now a senior energy fellow at the Council on Foreign Relations, told CNBC’s Steve Sedgwick.

COP27, which is being held in Sharm el-Sheikh, Egypt, is taking place at a time of significant global volatility. War, economic challenges and the Covid-19 pandemic are all casting long shadows over its proceedings.

During her interview with CNBC, it was put to Hill that climate change often slipped down the pecking order compared to other global challenges and events.

It was a viewpoint she seemed to align with. “Climate change has suffered from the problem that I learned in the White House,” she said.

“When I worked in the White House, [it] quickly became apparent that the urgent would overtake the important,” she added. “Of course, climate change is now urgent.”

Despite this urgency, she noted that the war in Ukraine, tensions between the U.S. and China and other geopolitical strains were tending to “overshadow the need to work on and continue to drive progress towards addressing climate change.”

This had, she argued, “really been the state of play since scientists first raised these alarms decades ago.”

There is a significant amount riding on the negotiations taking place in Egypt.

On Monday, the United Nations secretary general issued a stark warning, telling attendees at COP27 that the world was losing its fight against climate change. “We are in the fight of our lives, and we are losing,” Antonio Guterres said.

At the Sustainable Future Forum, Hill was asked about the best scenario she could realistically see coming out of COP27.

“That we have further progress on the methane pledge,” she said, in an apparent reference to the commitment on cutting methane emissions made at COP26 last year.

Her other hopes for COP27 included getting “serious commitments, or improvements in commitments” when it came to financing for the developing world; and better addressing the issue of loss and damage.

Despite the above, Hill ended on a note of caution.

There were “a lot of opportunities for really significant steps forward,” she said, “but I’m afraid this COP won’t offer us that kind of transformational leap forward that this problem cries out for — and deserves — in order to keep the globe safe.”