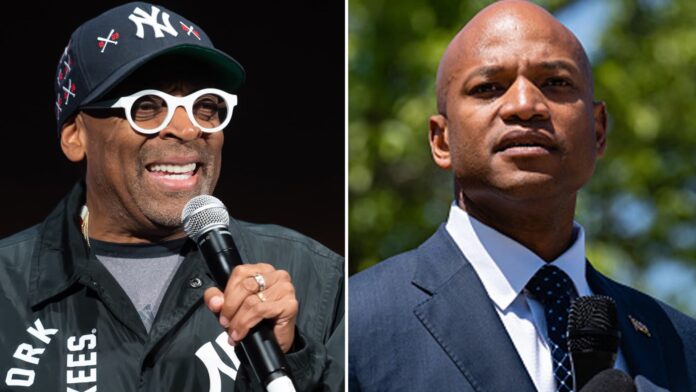 Maryland gubernatorial candidate Wes Moore is planning to head to a private fundraiser at the Martha’s Vineyard home of Oscar-winning filmmaker Spike Lee, according to an invitation obtained by CNBC.

But the Democrat has to win Tuesday’s primary first.

The invitation shows that Moore, an author and former head of the Robin Hood Foundation charity, is set to head to Lee’s home on Aug. 14. But it adds: “This event is contingent upon the results of the July 19th Maryland Gubernatorial Primary. We hope you will consider supporting Wes in advance of the primary to reserve your spot for this exciting event!”

Gov. Larry Hogan, a popular moderate Republican, has reached the term limit for holding office, so the seat is up for grabs.

It’s a tight race for the Democratic nomination. A June poll by Goucher College shows Moore a close second to Peter Franchot, Maryland’s comptroller. Tom Perez, the former chair of the Democratic National Committee, was tied with Moore in the poll.

Tickets for the gathering at Lee’s home are priced from $500 to $6,000. Lee owns a property in the Martha’s Vineyard town of Oak Bluffs.

Martha’s Vineyard, located in Massachusetts, is home to many huge homes owned by celebrities and politicians. Former President Barack Obama purchased an estate on the island for more than $11 million.

Lee has hosted fundraisers at his island home before, including one for current New York Attorney General Letitia James. The filmmaker, who won a screenplay Oscar for his 2018 film “BlacKkKlansman,” did not return a request for comment.

A spokesman for the Moore campaign told CNBC in an email that they’re not taking anything for granted.

“In just over a year, Wes Moore and our campaign have garnered more endorsements, more donors, more supporters, and more momentum through Wes’ unique background and vision for the state, supported by a world-class campaign operation,” the spokesman said in an email. “We are taking nothing for granted, which is why we have over 2,000 volunteer shifts scheduled for the final weekend of the campaign. We will be well prepared to carry our momentum into the unusually short general election, which requires months of deliberate planning.”

While it’s unclear who would attend the Moore fundraiser, the former Robin Hood CEO has amassed a lot of money. State election records show the Moore campaign raised over $1.9 million throughout the first half of the year. Since early June, it has garnered more than $450,000.

Records show that donors who previously gave $6,000 to the Moore campaign include Louis Bacon, the founder of Moore Capital Management (which is not connected to the candidate); Frank Bisignano, the CEO of Fiserv; Stuart Ingis, the chairman of Venable; and Ted Leonsis, the CEO Monumental Sports & Entertainment, which owns and operates numerous Washington sports teams, including the Washington Capitals.