HomeUSAWest Virginia will give $20,000 as states up ante in war for...
USA

West Virginia will give $20,000 as states up ante in war for workers 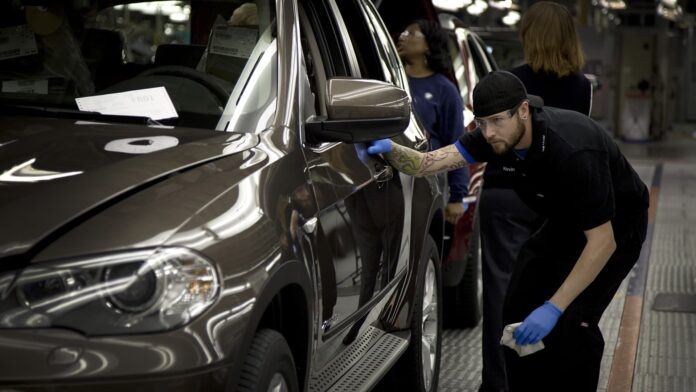 A person works with robots at Procter & Gamble’s factory in Tabler Station, West Virginia, May 28, 2021.

With twice as many job openings as there are workers to fill them, good help is literally hard to find. More and more companies are putting the workforce at the top of their checklist as they choose locations to set up shop, and states are fighting like never before to attract and cultivate skilled talent.

“Everyone is looking for an edge,” said Cara Christopher, senior vice president for business development at Lightcast, a labor market consulting firm.

Some states are trying to gain that edge by essentially buying talent. West Virginia is offering $20,000 in cash and incentives to people willing to move to the state and live there for two years. In its first two years, the public-private partnership known as Ascend West Virginia says it has accepted 86 new workers among thousands of applicants, many of them relocating with spouses and family members. The program aims to attract more than 1,000 workers to the state over five years.

Other states, like Mississippi, are focusing on homegrown talent. The state has streamlined its workforce development programs, rebranding them as AccelerateMS, and coordinating more closely with employers. The state now ranks in the top ten for placing participants in the workforce, according to data compiled by the U.S. Department of Labor.

“The ones that are doing it right are looking at both attraction efforts and development efforts,” Christopher said.

Educating and training the new workforce

Community colleges and technical schools are a particular focus as the nation seeks to rebuild the domestic supply chain. While overall enrollment at two-year institutions has been down sharply since the start of the pandemic, enrollment in career-focused programs is surging, according to the National Student Clearinghouse Research Center.

Enrollment this spring in transportation-related programs is up nearly 29% from last year, construction trades are up 19%, and precision production including advanced manufacturing is up nearly 17%.

“There is a stark need for people who have the ability to work not only with their hands, and then to troubleshoot that back across technology,” said Tom Stringer, managing director of the site selection practice at BDO in New York.

The need is so great that companies are increasingly taking a lead role in crafting a workforce tailored to their needs, working closely with schools. States are eager to oblige.

“There is a really integrated approach by government and community college systems to create programs that each business on an individual basis needs,” Stringer said.

In South Carolina, BMW is working with the state and schools to expand its BMW Scholars Program, building a pipeline of workers for the German automaker’s plant in Spartanburg. After more than a decade of partnering with local technical colleges, the program is expanding to high schools.

“We continually need more of these people and the industry needs more throughout the world,” said Sherry McCraw, BMW’s vice president for human resources in Spartanburg.

A worker checks over a BMW on the line at the BMW Manufacturing Co. plant in Spartanburg SC on Wednesday, January 11, 2012.

In the college program, participants get tuition assistance and part-time employment at the plant when they are in school, and the opportunity for a full-time job after they graduate.

“That’s a pretty good incentive for individuals wanting to go into a career path, being provided not only free tuition, but they’re also receiving an investment from the company they’re working for,” said Michael Mikota, president of Spartanburg Community College, one of three partner institutions.

“I never thought I was smart enough to go to college or even graduate from it. And then, a couple years later here I am, as the valedictorian of the program,” said Dorian Thomas, who graduated at the top of his class in June. “The industry itself is growing so fast that there’s not enough of us to fulfill the industry.”

Lightcast’s Christopher believes the war for workers will not end anytime soon, and not just because of the renaissance of domestic manufacturing.

“We see that population growth is at its lowest in history, and this is based on birth rates just not replacing themselves,” she said.

In this year’s Top States for Business rankings, workforce carries the most weight among ten major categories of competitiveness.

The U.S. birth rate declined 18% between 2010 and 2020, according to the National Center for Health Statistics, and the decline steepened during the pandemic.

That means that labor shortages could worsen in the next decade, as that segment of the population reaches working age.

Exacerbating the trend is the Great Resignation, which shows little sign of letting up. An estimated 4.3 million workers quit their jobs in May, according to the U.S. Bureau of Labor Statistics, a level that has been steady for months. Those workers are more mobile than ever in the wake of the pandemic, and employers are following suit.

“You’re seeing a lot of folks make lifestyle decisions saying, ‘You know what, if my job doesn’t allow me to work there, I’m gonna be able to find another job pretty quick.’ And you’re seeing companies that are looking at that and saying, ‘Well, these migration patterns are starting to emerge,'” Stringer said. “I think it’s companies and individuals both making significant strategic decisions.”

What eco-conscious ETF investors may need to know