HomeInvestingWhat all the major analysts think of Disney's earnings as the stock...
Investing 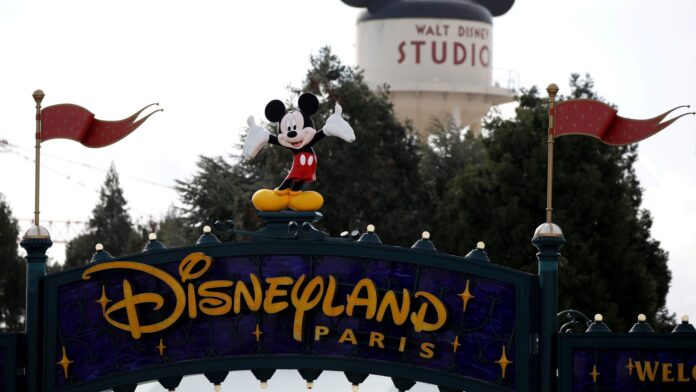 Wall Street analysts cheered Disney’s earnings results, further boosting the stock Thursday morning. The media giant reported after the bell earnings that beat on profit and revenue expectations , boosted by strong attendance at its theme parks and better-than-expected streaming numbers. The shares were last higher by 8% in premarket trading as the analyst endorsements rolled in. The combined Hulu, ESPN+ and Disney+ streaming service had more than 221 million subscribers, better than recent data that showed 220 million subscribers for Netflix. Meanwhile, the total number of Disney+ subscribers climbed to 152.1 million in the second quarter, more than the 147 million expected, according to StreetAccount. The company also announced a new pricing structure for streaming that includes an ad-supported tier. Going into Thursday’s session, the stock was down more than 25% year to date, and roughly 40% off its highs. After these results, analysts believe Disney is holding up despite challenges in macro, streaming and advertising that have dinged competitors such as Netflix. “The F3Q22 print will assuage a lot of fears. It now looks like Disney+ is tracking towards tightened and trimmed sub guidance, while the ad-supported tier + price increases + content rationalization = a much improved long-term profit outlook. Along with NFLX and WBD making similar rational moves, we think investors will pay more for at-scale streaming businesses,” Wells Fargo’s Steve Cahall wrote in a Thursday note. “At the other side of the house, Parks can be summed up as ‘what macro?’ with phenomenal KPIs and no decel. We raise our estimates and valuation, and think the DIS bull case just became more clear,” Cahall added. Cahall had an overweight rating on Disney, and raised his price target to $145 from $130. Meanwhile, RBC Capital Markets’ Kutgun Maral continues to consider Disney a top pick, while praising the company’s ability to navigate its theme parks through an economic slowdown. “While clearly not immune to macro challenges, we believe recent investments across technology and improvements in capacity, guest management and monetization, and cost structure efficiencies position the Parks as well as they have ever been in the face of a potential recession,” Maral wrote. RBC has an outperform rating on Disney, though it lowered the price target to $150 from $176. And KeyBanc Capital Markets’ Brandon Nispel said he continues to see “DIS as the only asset we want to own in Media given the platform of DTC products, relatively strong linear brands, and ability to tie content and experiences together with Parks, which should result in revenue and OI growth that is among the fastest in our coverage for the next several years.” KeyBanc has an overweight rating, and raised the price target to $154 from $131. To be sure, not all on Wall Street believed the results were strong enough to erase some concerns in the stock. Barclays’ Kannan Venkateshwar, who has a neutral rating on the stock, pointed to reduced streaming subscriber guidance that “may not fully remove overhang” given the loss of cricket games in India. “For Disney+ excluding Hotstar however, the cut in guidance mid point by ~10mm (new guidance 135-165mm vs prior guide of ~140-180mm) may not be enough,” he wrote. “While consensus expectations may move lower towards the new mid point, we have been expecting 2024 Disney+ subs (excluding India) to be more in the range of the low end of the company’s new guidance (Barclays 2024 Disney+ sub estimate: 139mm).” Here are other analyst takes: Atlantic Equities: Neutral, PT $121 Barclays: Neutral Deutsche Bank: Buy, PT $130 Credit Suisse: Outperform, 12-month PT $157 Evercore ISI: Outperform, PT to $140 from $130 Macquarie Research: Outperform, 12-month PT $135 Morgan Stanley: Overweight, PT $125 RBC Capital Markets: Outperform, PT to $150 from $176 Citi: Buy, PT $145 Goldman Sachs: Buy, 12-month PT to $140 JPMorgan: Overweight, PT $160 from $175 KeyBanc Capital Markets: Overweight, PT to $154 from $131 UBS: Buy, 12-month PT $145 Wells Fargo: Overweight, PT to $145 from $130 —CNBC’s Michael Bloom contributed to this report.

These stocks are cheap even if there is a recession, UBS says