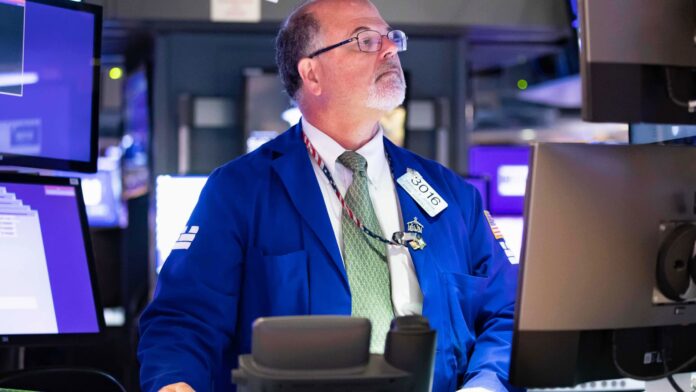 Three-quarters or one full percentage point from the Fed? That’s the big question on the minds of traders Wednesday. Chris Senyek at Wolfe Research represents the consensus: “Our sense is that markets could be set up for a short-lived relief rally if the Fed hikes by +75bps (75 basis points/three-quarters of a point) and Powell doesn’t ratchet up his hawkish rhetoric even further,” he said in a note to clients Wednesday morning. We could use a relief rally. The S & P 500 is about 70 points below where it was at the close of the last Federal Reserve meeting on July 27. The last several Fed meetings have seen the S & P close up on the announcement day, but there’s no pattern after that. On July 27, the rally continued for three days. After the June 15 meeting, the market dropped and bottomed to a new low for the year (3,666). After the May 4 meeting, the S & P dropped three days in a row, and after the March 16 meeting, a rally continued for several days. There’s no pattern. The problem is easy to identify. There are signs inflation may be peaking, but not enough signs it is declining as fast as the Fed wants. Until we know how long higher inflation will persist, we don’t know the Fed’s terminal rate or rate where they will stop hiking. And that is leading to a wide diversity of opinions. The expectations are slowly creeping higher. Most still are hopeful the terminal Fed funds rate will be in the 4.25%-4.50% range, but Senyek is one of several who think the Fed is going to have to go much further: “The committee will most likely have to raise fed funds to 5%+ in order to put inflation on a sustainable path back toward its 2% long-term target.” Bond ETFs hit new lows The entire investible bond ETF world is at new lows. The two largest bond ETFs in the U.S., Vanguard Total Bond Market (BND) , and iShares Aggregate Bond (AGG) , closed Tuesday at the lowest levels since 2008. Corporate bond funds are also at new lows, including the Vanguard Short-Term Corporate Bond ETF (VCSH) and the iShares Investment Grade Corporate Bond ETF (LQD) . They hit the lowest level since 2020, but if the 2020 low is removed they are at the lowest level since 2010. Remarkably, there have not been outflows from these funds, likely because they have strong institutional support and broad bond funds like these tend to be “sticky.”

5 things to know before the stock market opens Wednesday, September 21