HomeBusinessWhy some analysts think investors should buy Nike after its latest earnings...
Business 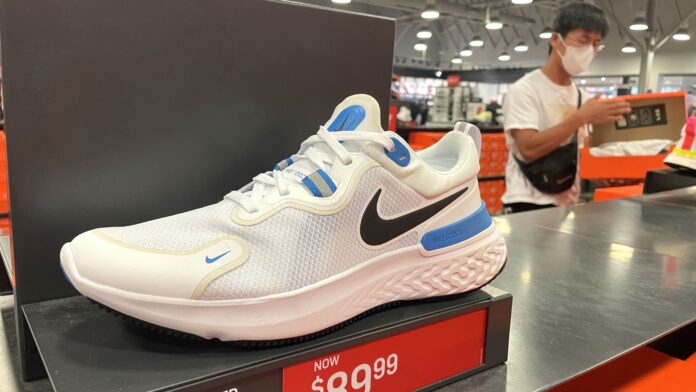 Nike shares are trading at an attractive entry point even as the sportswear giant faces a slew of macro headwinds and extra inventory, some Wall Street analysts say. Nike on Thursday shared results after the bell that beat top and bottom line estimates , but the stock slumped more than 9% as the company outlined extra inventory. Inventory grew 44% to $9.7 billion over the previous year and 65% year over a year in North America. Companies across the globe have dealt with overstocked inventories in a difficult macro environment that’s delayed past season orders and forced retailers to overorder or purchase early in anticipation of the holidays. Like many peers, Nike has also faced ongoing issues in China amid the resurgence of lockdowns, with total sales falling 16% to about $1.7 billion. An attractive entry point Despite these headwinds, some analysts see an attractive entry point for investors looking to get into the stock. “While Nike has encountered some bumps both in China and the U.S. when it comes to inventory, we remain constructive on the name given its: 1) current valuation looks attractive relative to historical average levels, 2) ongoing success in driving innovation, particularly in footwear,” wrote analyst Goldman Sachs’ Kate McShane, who has a buy rating on the stock. Morgan Stanley’s Alex Straton retained her overweight rating on the stock, echoing similar sentiment given the current stock price. That said, Straton lowered the firm’s price target to $120 from $129, suggesting a near 26% upside for the stock from Thursday’s close. She highlighted what she views as more attractive opportunities in the space, including Lululemon and Bath & Body Works . To be sure, not all analysts remain so optimistic about Nike’s near-term trajectory. Bank of America’s Lorraine Hutchinson retained a neutral rating on the stock, calling attention to the sheer magnitude of promotional activity needed to resolve the company’s inventory issues. “We reiterate our Neutral rating and see a balanced risk/reward as the near term promotional actions and macro uncertainty weighing down F23 EPS should create a healthier business over the medium term and a stronger growth algorithm in F24,” she said. Shares of Nike have plummeted nearly 43% this year and sit about 47% off their 52-week highs. — CNBC’s Michael Bloom contributed reporting.

20% returns over in CeFi, DeFi lives on

Investors lost more than $2 trillion since

Spirit-Frontier merger in question after another vote delay, JetBlue circles