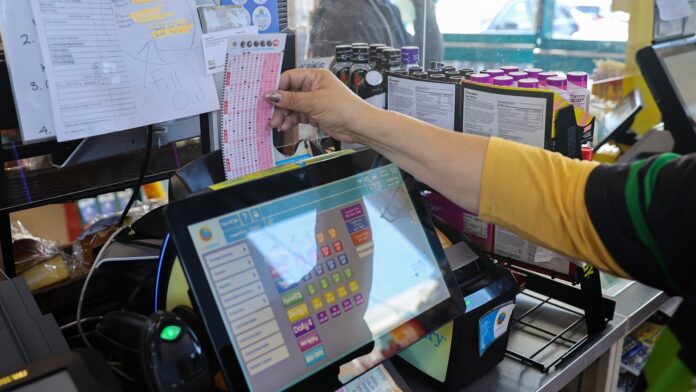 California does not tax lottery winnings

While the IRS will scrape 24% — or $239.4 million — off the top for federal tax withholding, California does not tax lottery winnings, according to the state’s lottery winner’s handbook. So if the winning ticket holder lives in the Golden State, no state or local taxes on the windfall would be due.

However, if the winner lives elsewhere, their state of residency would determine what they owe in their jurisdiction. Those levies range from zero to more than 10%, depending on the state.

At the federal level, more than the initial $239.4 million withheld would likely be due at tax time because the top federal rate is 37%.

Unless the winner was able to reduce their taxable income — i.e., by making large charitable donations — another 13%, or $129.7 million, would be due to the IRS. That would be $369.1 million in all going to federal taxes, leaving the winner with $628.5 million.

The Powerball jackpot has reset to $20 million ($9.8 million) for its next drawing, scheduled for Wednesday night. Mega Millions’ top prize, meanwhile, is $154 million ($74.7 million cash) for its Tuesday night drawing.

Multiple people are dead in a shooting at a Walmart in Virginia, police say

Energy stocks had a blowout performance this year. In 2023, the outlook is more uncertain