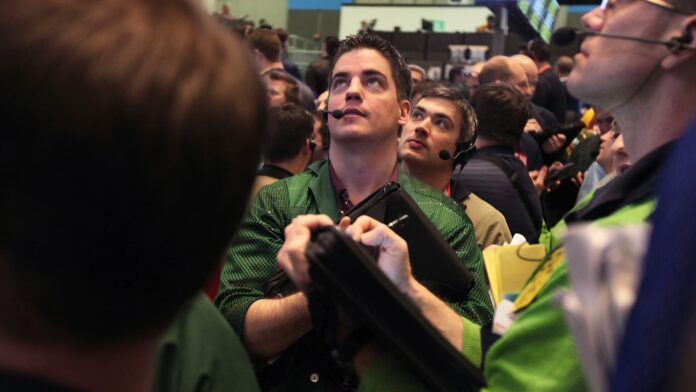 Initial jobless claims rose last week to the highest in eight months, while a gauge of factory activity slumped in July, offering further indications that the U.S. economy is slowing as rising interest rates and high inflation weigh on spending power.

July’s initial flash PMI (purchasing managers’ index) readings are due at 9:45 a.m. ET, offering a further glimpse at the health of the economy.

The yield on the 2-year Treasury note was last seen at around 3.0328%, above the 10-year and continuing the inversion of the closely-watched 2-year/10-year curve.

Risk sentiment was further dampened after the European Central Bank on Thursday announced a 50 basis point hike to interest rates, above its own prior guidance and marking its first hike for 11 years, as concerns about runaway inflation outweighed fears of slowing growth induced by Russia’s war in Ukraine.

All eyes will turn next week to the Federal Reserve, with markets assessing whether the U.S. central bank will hike interest rates by 75 basis points or the more aggressive 100 basis points.

There are no Treasury auctions scheduled for Friday.