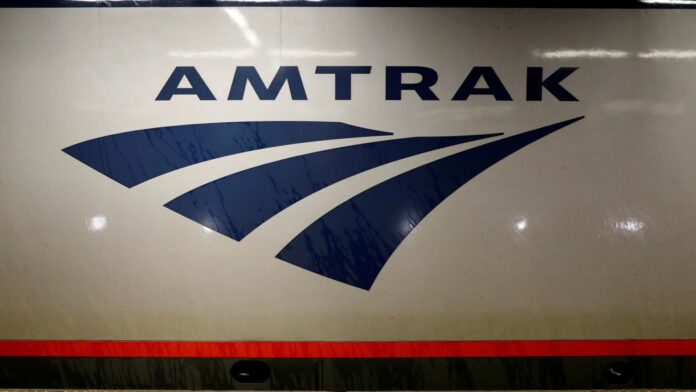 An Amtrak train is parked at the platform inside New York’s Penn Station.

Train 4 was carrying 243 passengers and 12 crew members while traveling from Los Angeles to Chicago and the crash occurred at around 12:45 p.m., Amtrak said Monday in a statement. Mendon is about 115 miles northeast of Kansas City.

Two people from the train were killed in addition to one person who was in the dump truck, Missouri State Highway Patrol Corporal Justin Dunn said Monday.

Dunn did not have a count of how many others were injured, though he noted several others were taken to area hospitals. Medical helicopters responded to the scene in addition to ambulances services from multiple counties.

Dunn described the area of the accident as an “uncontrolled crossing.”

“This is the beginning of a lengthy investigation,” said Eric Brown, also with the state’s highway patrol. “We have a lot more information we were seeking to need to obtain.”

Uninjured individuals were taken to a secondary location until new travel arrangements could be made for them.

Video from NBC affiliate KOMU showed train cars completely off the tracks and lying on their side. Social media of the accident appeared to show passengers crawling out of side windows to escape the wreckage.

Gov. Mike Parson tweeted that the Missouri Department of Public Safety, the highway patrol and other personnel were responding.

“We are saddened to hear of the Amtrak train derailment in Chariton County this afternoon … We ask Missourians to join us in praying for all those impacted,” Parson said.

Speaking to reporters on Monday, Parson called the crash “a bad scene.”

“It’s a terrible situation. I do know that several cars have been derailed. We do believe there could be some fatalities,” he said.

“It’s very unfortunate anytime you have a derailment of a train and multiple cars — it’s not a good day.”

Monday’s derailment marks the second consecutive day an Amtrak train was involved in a serious crash.

Three people were killed and two others injured after an Amtrak train crashed into a vehicle obstructing rail tracks near Brentwood, California, on Sunday, officials said.