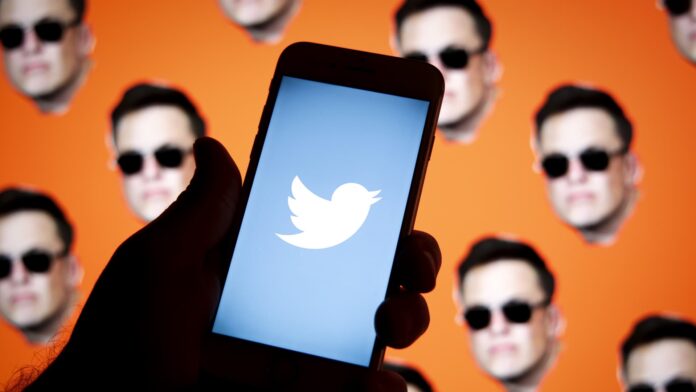 The Twitter logo is seen on a mobile device in ths illustration photo in Warsaw, Poland on 30 October, 2022. Twitter is losing its most active users according to research done by Reuters. Despite the most impactful tweeters making up only 10 percent of the monthly users they are together responsible for 90 percent of all tweets and around half of the company’s revenue.

Advertising giant Interpublic Group has recommended that clients of its IPG Media Brands agencies suspend all paid advertising on Twitter for at least a week following Elon Musk’s $44 billion acquisition of the social media network.

According to a person familiar with the matter, the firm is telling its clients — who may independently choose to keep advertising on Twitter — to wait for clarity on the social network’s plans for trust and safety, and to see whether Musk will be able to prevent Twitter from becoming, as he called it, a “free-for-all hellscape.”

Some of the agencies’ clients include CVS Pharmacy, Nintendo and Unilever. These companies did not immediately respond to requests for comment on the recommendation.

Morning Brew contributor Ryan Barwick first reported on the ad giant’s recommendation to IPG Media Brands clients, citing an e-mail sent by MAGNA, a media intelligence business that is part of the group.

MAGNA reportedly advised clients in that email that Twitter had not been in direct, clear communications with each marketing agency yet, and that “the current situation is unpredictable and chaotic, and bad actors and unsafe behaviors thrive in such an environment.”

On Friday, automaker GM told CNBC it had temporarily suspended advertising on the service “to understand the direction of the platform under their new ownership.”

By the time Musk closed the deal on Oct. 28, racist and other hateful tweets had begun to plague the social network at much higher levels than usual, according to research by the Network Contagion Research Institute and Dataminr, as reported by NPR. Bad actors on some other platforms, notably 4Chan, have encouraged fellow users to post and amplify racist epithets and other derogatory slurs on Twitter, and the change has driven away several celebrity users and inspired a call-out by NBA star LeBron James.

Yoel Roth, head of safety at Twitter, has posted several threads to Twitter discussing how the company is combating this. On Monday, Roth wrote on Twitter, “We’ve made measurable progress, removing more than 1,500 accounts and reducing impressions on this content to nearly zero.”

While he has not yet revealed whether such a council has been established, Twitter recently restored all functionality to the account of a previously restricted user, Mark Finchem, who is the Republican candidate for secretary of state in Arizona.

Finchem called upon Musk personally for help in a tweet, and Musk said in a reply on Twitter that he was “looking into” the matter. Finchem has been a prominent 2020 election denier and an Arizona state legislator. The politician has been roundly criticized for sharing anti-Semitic tropes and memes on Twitter.

UK to announce budget after political chaos and market turmoil