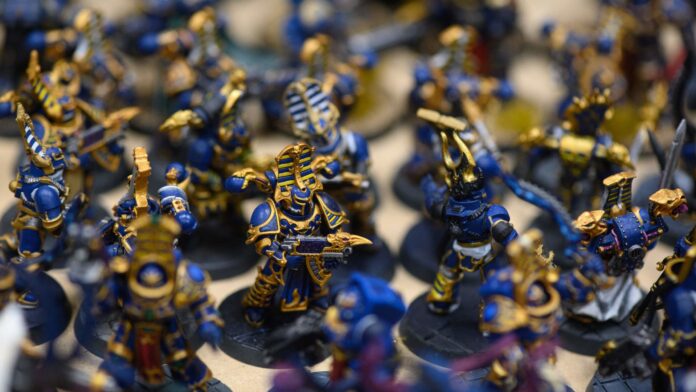 Amazon signed an “agreement in principle” with Games Workshop, the firm behind the popular fantasy tabletop game Warhammer, to develop TV and films based on the British company’s intellectual property.

Amazon will produce film and television series based on franchises from Games Workshop, the company behind the popular Warhammer tabletop game.

Games Workshop said in a statement Friday that it has reached an “agreement in principle” with Amazon regarding film and TV adaptations of its intellectual property.

The rights will initially be granted for the Warhammer 40,000 universe. The two companies did not disclose the financial terms of the deal.

Shares of London-listed Games Workshop surged by 15% on Friday.

Amazon’s Warhammer deal highlights the U.S. tech giant’s bid to challenge Netflix and other streaming services. It comes after Amazon released its blockbuster TV series The Lord of the Rings: The Rings of Power, based on the fantasy novels of J.R.R. Tolkein. The series debut attracted more than 25 million viewers globally.

The two parties have agreed on commercial terms, but Games Workshop said the project was still subject to contract negotiations.

Games Workshop said a further announcement will be made at an unspecified date.

Amazon said that the Man of Steel actor Henry Cavill will star and executive produce Warhammer 40,000.

The company described Warhammer 40,000 as “set in the far future, where humanity stands at the edge of what might be its brightest future, or its darkest age. The threats to humankind’s empire are many — traitors driven by the fires of ambition, alien empires sworn to reclaim the stars, and the corruption of reality by malevolent gods.”

Earnings, data should give clues on Fed moves