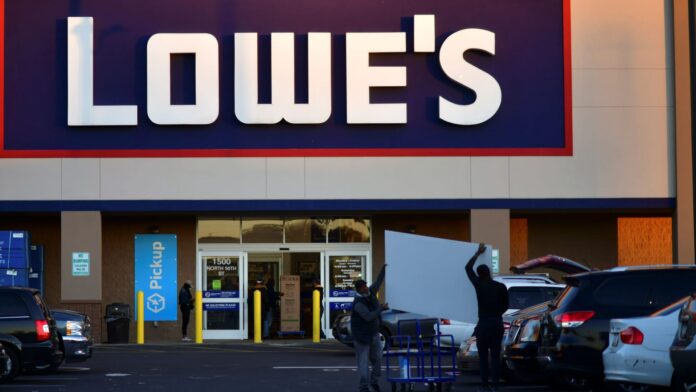 Here are Friday’s biggest calls on Wall Street: Stifel downgrades Twilio to hold from buy Stifel downgraded the communications company after its disappointing earnings report on Thursday. “We are downgrading TWLO shares to Hold and reducing our target price from $200 to $90. While total revenue and non-GAAP operating margin beat during the quarter, the company offered an outlook for 3Q22 that came in below consensus on the top and bottom-lines.” Read more about this call here. JPMorgan downgrades Hyzon to underweight from overweight JPMorgan said it sees a loss of early mover advantage for the hydrogen fuel cell company. “Downgrading to Underweight on Subpar Internal Controls, Operational Inefficiencies & Loss of Early Mover Advantage.” Barclays initiates Sunrun as overweight Barclays said sees Sunrun and Sunnova as best positioned due to “recurring revenue streams and a more visible road to recovery.” “Within residential solar we see installers NOVA and RUN as best positioned. Both have recurring revenue streams and a more visible road to recovery, with the federal income tax credit potentially being upped and extended to 30%, from the 26% today that was slated to drop to 10% over the next 17 months.’ Read more about this call here. JPMorgan downgrades Paramount to neutral from overweight JPMorgan said in its downgrade of the stock that it sees softer direct-to-consumer revenue. “Today we downgrade Paramount to Underweight from Neutral with a $25 price target due to softer DTC revenue and higher losses this year, as well as an expectation of weakening EBITDA and cash flow over the next year.” Susquehanna downgrades Twitter to neutral from positive Susquehanna downgraded Twitter due to too much uncertainty and negative catalysts. “We are downgrading TWTR to Neutral given the pending takeover, associated uncertainty and disruption, recent financial results, and limited visibility into business trends.” Truist downgrades Virgin Galactic to sell from hold Truist downgraded Virgin due to cash burn and more flight delays. “Additionally, cash burn continues to grow amid higher R & D. We currently model for the company to burn through its $1.1B cash balance by 3Q24 and yesterday’s $300M stock distribution agreement points to further dilutive equity offerings. Amid a lack of operational activity and supply chain risks we move to SELL.” Read more about this call here. Deutsche Bank downgrades Ingersoll-Rand to hold from buy Deutsche said it sees no near-term positive catalysts for the industrial stock. “Our decision to downgrade IR to Hold is in no way indicative of a change in our view about the high quality nature of the company or the strength of its medium- to longterm strategy.” Wedbush downgrades Zillow to neutral from outperform Wedbush said there may be softening business trends for Zillow. “While we are favorable on ZG ‘s net cash balance sheet and the long term partnership with OPEN announced yesterday (8/4), we cannot avoid the fact that both of ZG’s primary business lines, IMT (internet, media and technology) and mortgage, and ancillary lines like closing and title are facing softer trends in the near term.” Credit Suisse downgrades Duke Energy to neutral from outperform Credit Suisse said there’s a more balanced risk/reward outlook for the energy company. “We have previously been bullish on DUK due to the company’s size & scale benefits to combat inflation as well as the company having one of the largest renewable transition opportunities in the sector. The transition is still intact, but the path to realize a 5-7% EPS CAGR at the high end in the out years is increasingly difficult in our view.” Needham reiterates Apple as buy and Meta as underperform Needham said in a note on Friday that Meta’ s outlook is now “worse.” The firm also believes Apple is building a robust ad-tech platform. “The outlook for META got worse this week, in our view. We believe AAPL is building an AdTech platform that would allow it to place mobile ads into its iOS ecosystem apps in a privacy-first way.” Bank of America upgrades Teva to buy from neutral Bank of America said many of Teva’s negative catalysts are beginning to dissipate. “In the aftermath of TEVA’s opioid settlement announcement, we believe TEVA is making material progress towards cleaning up its legal litigation overhangs which along with a solid 2023-24 new product cycle should be enough to shift the company back toward EBITDA growth.” SocGen upgrades Chevron to buy from hold SocGen cited strong buybacks for its Chevron upgrade. “Strong 2Q earnings along with a 50% hike to the top end of its 2022 buyback range to $15bn were impressive.” Bank of America names Callaway Golf a top pick Bank of America said after the company’s earnings report that it sees no signs of a “reversion in golf consumption. “Callaway Golf r eported 2Q22 adj. EBITDA of $207.3mm (vs. our $181.1mm) led by strong Topgolf profitability with segment adj. EBITDA margin increasing to 21.4% (vs. 17.5% last year) on benefits from a rebound in higher margin corp. events, operational efficiencies, and lower staffing levels.” Bank of America reiterates Lowe’s and Home Depot as buy Bank of America said it’s slightly more bullish on Home Depot than Lowe’s heading into earnings later this month. “Operating costs likely remained elevated in 2Q as in 1Q as wage increases and investments in store improvements cited last quarter are still rolling through the P & L. … We expect LOW to either maintain its full-year outlook as top-line growth remains supported by strong pricing and margins remain top-of-mind for the LOW management team.”