HomeUSABank of America downgrades Kohl's to underperform, sees risk with deal off...
USA

Bank of America downgrades Kohl’s to underperform, sees risk with deal off table 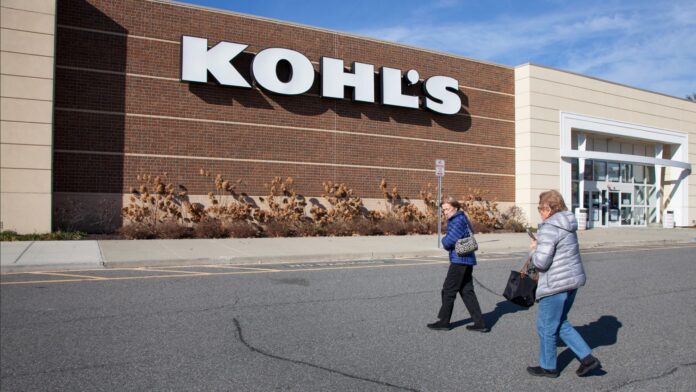 It’s time to sell shares of Kohl’s, as consumer demand weakens from inflation and after the retailer scrapped deal talks, according to Bank of America. Analyst Lorraine Hutchinson downgraded shares of Kohl’s to underperform from neutral, as inflationary pressures cut into sales at the department store chain, according to a note Thursday. “We are downgrading Kohl’s back to Underperform to realign it with our negative view on the department store industry,” Hutchinson wrote. “[We] have been concerned about fundamentals but were Neutral given the possibility of a take-out. With a deal off the table, we see risk to estimates and the stock from here.” Bank of America also slashed the target objective by 48%, down to $26 from $50, because of a “difficult macro picture.” The new price target is just slightly below where shares closed Wednesday. The downgrade comes after Kohl’s last week said it terminated talks of a deal with The Vitamin Shoppe owner Franchise Group, a decision that caused the stock to tumble roughly 20%. Instead, the department store chain said it will continue as a standalone company and will consider a real estate sale , a decision Hutchinson is skeptical about. “This represents a change in tone to a more flexible stance, but we would view any large leaseback negatively. While unlikely, it would add leverage during a time of decelerating demand and deteriorating margins,” the note said. Shares of Kohl’s fell more than 2% in Thursday premarket trading. — CNBC’s Michael Bloom contributed to this report.

Airline complaints nearly tripled in May from same month in 2019