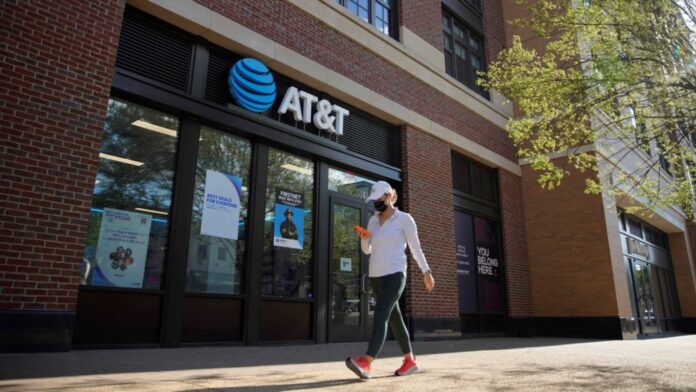 AT & T ‘s disappointing results are likely to bring up questions about management’s credibility, according to Barclays. The firm on Friday downgraded shares of AT & T to equal weight from overweight and trimmed its price target to $20 from $22. The telecom company on Thursday reported quarterly earnings that beat Wall Street’s expectations for both earnings per share and revenue but cut its free cash flow guidance for the year. The weaker outlook sent shares down nearly 8% on Thursday. That nearly erased the stock’s year to date gains, as shares are now up just more than 1% for 2022. “This backdrop isn’t helpful when the biggest pushback against AT & T has been execution credibility and now the company has cut guidance within 4 months of giving it,” said analyst Kannan Venkateshwar in a Friday note. “Overall therefore, after a couple of years of trying to change the narrative, AT & T seems to be back in the same place that it started with respect to concerns about its dividend sustainability and management credibility.” AT & T’s results may also ignite broader concerns about industry growth visibility going forward, according to the note. While the company continues to post solid wireless phone subscriber growth, its business-heavy growth is less consistent, and larger numbers in both make it more likely there could be a steep pullback in the future given the economic backdrop. Consumer issues are already cropping up, with the company highlighting an increase in bad debts and delayed payments as reasons for the $1 billion hit to their free cash flow for the year. At the same time, the company hasn’t updated its EBITDA growth guidance despite having higher unit and pricing growth and an increase in service revenue growth. All of this adds up, according to Barclays. The firm now expects the stock’s outperformance of the S & P 500 and competitor Verizon to moderate going forward. To be sure, it appears that the company’s dividend is probably safe going forward, but yields could remain high, according to the note. “While the risk of dividend cut at AT & T is low given the comfortable cushion even in case of cash flow coming meaningfully below guide, dividend yield may remain higher for longer if numbers keep getting revised lower,” Venkateshwar wrote. AT & T did not immediately respond to CNBC’s request for comment. — CNBC’s Michael Bloom contributed to this report.