HomeInvestingBernstein says it’s time to get back into tech stocks. Invest in...
Investing

Bernstein says it’s time to get back into tech stocks. Invest in these 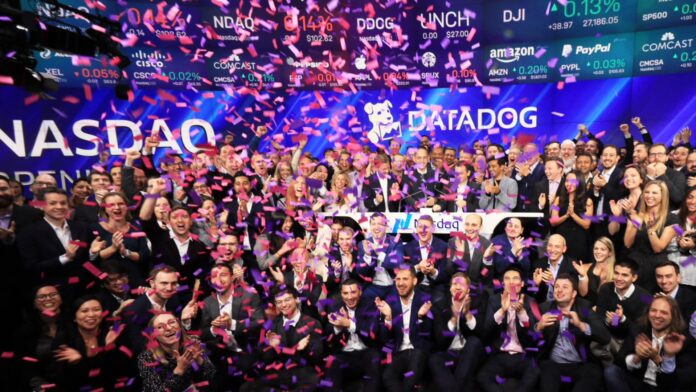 The time has come to start nibbling at some beaten-down tech stocks, according to research firm Bernstein. The S & P 500 tech sector has tumbled nearly 25% in 2022, led by a 62% plunge in shares of PayPal. Chipmakers such as On Semiconductor, Intel and Broadcom have fallen more than 20%. Not even iPhone maker Apple has been spared the onslaught, with the stock down about 16% this year. Only four of the 76 names in the group are up this year. That dismal performance comes as rising interest rates — driven by inflationary pressures not seen in four decades — have dented investor appetite for tech shares. Higher rates make it more expensive for companies to borrow money, and many tech companies have relied on cheap loans to grow and expand their businesses over the years. Higher rates also discourage investors from paying lofty price-to-earnings multiples for stocks. But, Bernstein thinks it’s safe to dip back in the pool of tech stocks, now that valuations are closer to their historical averages. “Tech’s 5-year expected growth continues to be very strong, and tech has the highest quality ranking, highest ROIC, and second highest FCF margins among sectors, and crowding within tech is very muted vs. its history,” analysts led by Toni Sacconaghi said in a note Thursday. The highest free cash flow margins are found in healthcare products, the report said. Bernstein added, “Additionally, our analysis of historical market drawdowns suggests that when tech is not materially overvalued vs. the market, it typically trades in line with the market during pullbacks, as was the case during” the financial crisis of 2007-2008. Sacconaghi’s team also unveiled a screen showing the stocks they like the most at current levels. These names, according to Bernstein, offer faster growth and “high quality.” Check out five of the names that made the firm’s list: Cloud stocks Snowflake and Datadog made the list. Both stocks have taken a beating in 2022, falling 57% and 48%, respectively. That said, some analysts appear to be warming up to the two companies. Goldman Sachs on May 31 highlighted Datadog as a software name that’s trading at a sizable discount to its intrinsic value . Earlier this week, Baird said Snowflake is a buy because it can continue to expand its business even in a recession . Enphase Energy also made the list. The stock has outperformed the broader market, eking out a gain of 3% for 2022. However, Enphase dropped more than 4% on Friday after Democratic Sen. Joe Manchin said he would not support increased spending to address climate change. Other solar-related names also fell following news of Manchin’s stance . Marketing and sales software stock HubSpot and Lattice Semiconductor also made the list.

What happened and why Europe suspects sabotage