HomeInvestingCathie Wood's ARK Innovation ETF could be headed for an explosive breakout,...
Investing 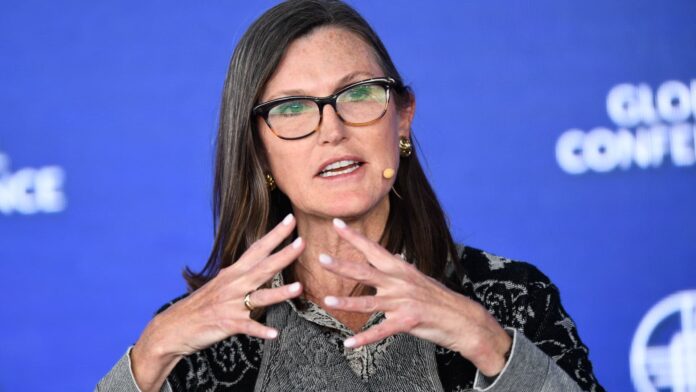 Ark Invest CEO Cathie Wood’s flagship fund could be headed for a sharp bounce if a bullish technical pattern is to be believed.. There is a “bullish ascending triangle” in place in Wood’s Ark Innovation ETF (ARKK) , according to Douglas Busch, founder and CEO of ChartSmarter. The so-called ascending triangle is created by price moves that allow for a horizontal line to be drawn along the highs and a rising trendline to be drawn along the lows. The two lines are closed to forming a triangle. “Higher lows since mid May keeps getting pushed back near $47. Break above there could be explosive,” Busch said. The breakout might have already started as the ETF gained 9.10% on Tuesday for its best daily performance since May 13 and for its second positive session in a row. Before the recent leg up, the popular investor had a tough 2022 as her disruptive technology darlings have been among the biggest losers this year in the face of rising interest rates. ARKK is still down a whopping 52% year to date, falling 65% from its 52-week high. But recent macroeconomic moves may be confirming what the ARKK chart is saying in the charts. Both oil and rates have rolled over in the last one month, easing inflation fears that have wrecked growth stocks like the ones Wood owns. Wood told CNBC recently that her clients are mostly sticking with her and new money is coming in as investors seek diversification in a down market. ARKK has had more than $1.3 billion in inflows this year, according to FactSet. Some of the top holdings in ARKK experienced a rebound as of late. Zoom Video , the biggest holding that takes up 10% of ARKK, has jumped more than 9% in July. The second biggest stake – Roku – has climbed over 6% this month.