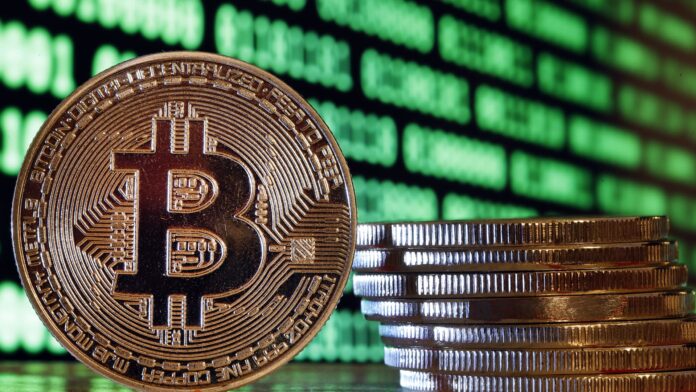 Cryptocurrencies have taken a tumble in 2022.

A liquidity crisis at cryptocurrency lending firm Celsius has investors worried about a broader contagion that could bring down other major players in the market.

Celsius recently moved to pause all account withdrawals, sparking fears that it may be about to go bust. The company lends out clients’ funds similar to a bank — but without the strict insurance requirements imposed on traditional lenders.

Bitcoin sank below $21,000 on Tuesday, extending sharp declines from the previous day and sinking deeper into 18-month lows. The total value of all digital tokens combined also dipped below $1 trillion for the first time since early 2021, according to CoinMarketCap data.

Crypto investors fear the possible collapse of Celsius may lead to even more pain for a market that was already on shaky ground after the demise of $60 billion stablecoin venture Terra. Celsius was an investor in Terra, but says it had “minimal” exposure to the project.

Celsius did not return multiple CNBC requests for comment.

“Bear markets have a way of exposing previously hidden weaknesses and overleveraged projects so it is possible that we see events like last month’s unwinding of the Terra ecosystem repeat.”

Monsur Hussain, senior director of financial institutions at Fitch Ratings, said a liquidation of Celsius’ assets would “further rock the valuation of cryptoassets, leading to a wider round of contagion within the crypto sphere.”

Celsius has a large presence in the so-called decentralized finance space, which aims to recreate traditional financial products like loans without the involvement of intermediaries like banks.

Celsius owns numerous popular assets in the DeFi world, including staked ether, a version of the ether cryptocurrency that promises users rewards on their deposits.

“If it goes into full liquidation mode, then it will have to close out these positions,” said Omid Malekan, an adjunct professor at Columbia Business School.

USDD, a so-called stablecoin that’s meant to always be worth $1, fell as low as 97 cents Monday, echoing the woes of Terra’s UST stablecoin last month. Justin Sun, the coin’s creator, accused unnamed investors of “shorting” the token and pledged $2 billion in financing to shore up its dollar peg.

Elsewhere, rival crypto lenders Nexo and BlockFi sought to downplay concerns over the health of their operations after Celsius announced its decision to halt withdrawals.

Nexo said it had a “solid liquidity and equity position,” and had even offered to acquire some of Celsius’ loan portfolio — a proposal it says the company “refused.” BlockFi, meanwhile, said all its services “continue to operate normally” and that it has “zero exposure” to staked ether.

That doesn’t mean it hasn’t been impacted by the downturn, though — BlockFi this month laid off about 20% of its workforce in response to a “dramatic shift in macroeconomic conditions.”

CDPQ, the manager of Canada’s second-biggest pension fund, co-led an equity investment in Celsius earlier this year. In a statement Monday, the company said it is “closely monitoring the situation.”

Many analysts agree any spillover effects from the Celsius debacle are likely to be limited to crypto. “The biggest risk of contagion is within crypto markets themselves,” Malekan said.

Hussain of Fitch said the sell-off in crypto prices reflected a “shrinking of the entire crypto market,” adding “contagion with the broader centralised financial system will be limited.”