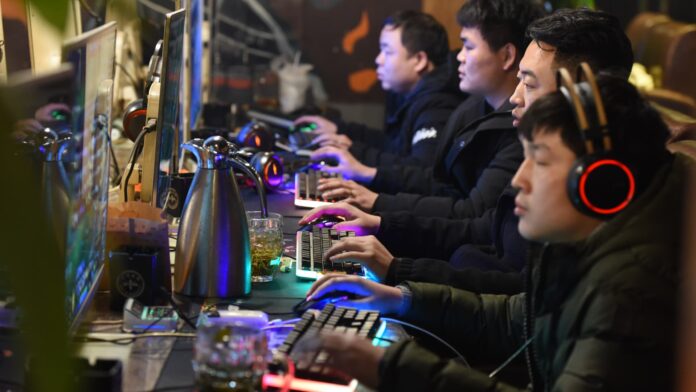 Revenue for China’s e-sports market grew 14% year-on-year in 2021 despite a tough regulatory environment for gaming in the world’s second-largest economy, according to a new report from intelligence firm Niko Partners.

E-sports refers to professional gaming where gamers often play each other in big tournaments and fans watch via live streams.

China remains the largest single-country market in the world with $403.1 million in e-sports revenue in 2021, Niko Partners said in a report published Thursday.

“What China has is [a] sort of advantage in the e-sports space, is a really phenomenally large market with a really huge population of gamers that are interested in e-sports content … in becoming e-sports professionals themselves,” Alexander Champlin, head e-sports at Niko Partners, told CNBC’s “Squawk Box Europe” on Thursday.

China continues to grow despite a tougher line on gaming from the regulators. Last year, Beijing introduced rules that limits the amount of time under 18s can play online video games — to up to three hours per week.

Chinese regulators also froze the approvals of new games for distribution and monetization between July 2021 and April this year.

The impact has been felt by China’s biggest gaming companies NetEase and Tencent.

While the e-sports market has held up well, Champlin cautioned there could be some impact on the future of professional gaming in China.

“What these regulations do particularly around youth gaming is really kind of clamp down on e-sports player pipelines. So while there is still a lot of excitement around e-sports titles, e-sports celebrities, we’re a little concerned about what this will do for future generations of e-sports fans and e-sports professionals … and what this might do for China’s historical dominance in the space,” Champlin told CNBC.

Despite the broader crackdown on young people playing games, there appears to be government support for e-sports. Last year, the major city of Shanghai broke ground on a 500,000 square meters e-sports arena.

Japan and South Korea are the two other large markets in Asia for e-sports revenue.

While China continues to dominate, there are other regions and countries that are growing faster.

“It’s [India] a huge market and it’s historically been undervalued as a sort of dollar-to-participant ratio,” Champlin said.

“What that means is as the purchasing power of Indians goes up, as the market is more heavily saturated by smartphones, the potential player base and audience base expands dramatically. What we are also seeing is a lot of investment from the key players in the Indian games market,” he added.