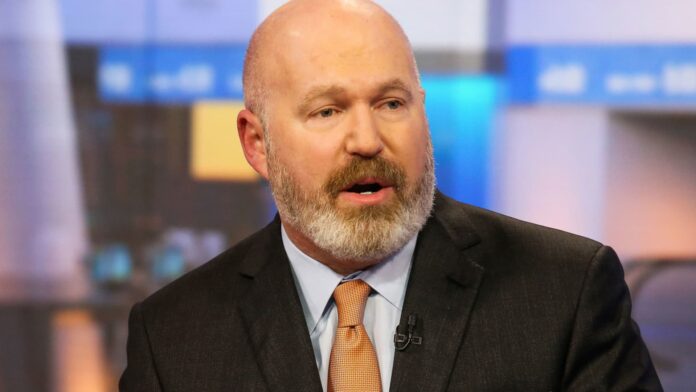 Cliff Asness, co-founder of AQR Capital Management, believes value stocks are still a lot more attractive than their growth counterparts, even after a big market correction. “We’re sticking with it [value] because we always like some value in the portfolio. And we do like more when it looks very, very cheap,” Asness said on CNBC’s “Closing Bell” Wednesday. Growth stocks are “way off the highs, but the highs were so high; it’s tied with the tech bubble. I still think relative prices are crazy out there.” AQR is having a stellar year even as the broader market got crushed amid recession fears and rising interest rates. Asness said his pure trend-following portfolio is ahead by more than 50% this year, while his pure value investing portfolio is up in the forties. The S & P 500 has slumped more than 20% in 2022 so far, entering a bear market last week. Value stocks fell out of favor even before the pandemic as investors rotated into innovation technology names. Asness said he stuck to his guns with his disciplined value investing strategy and it eventually paid off. “What happened was a two-year bear market for value, and then a pandemic hit that the world decided … would be disastrous for value fundamentals. So that sent this spread between cheap and expensive just to the stratosphere– well past the tech bubble,” Asness said. “We upped what we did slightly, mainly just stuck with it when… a lot of people didn’t want us to. And not just this year, but last year too has been rewarded for that.” Asness said AQR looks for cheap companies with profitability, low risk and momentum, which included some tech names that are traditionally viewed as growth stocks. “Both Meta and Amazon are generally liked by our process now. They are cheap versus their peers. Again, we do industry comparisons. They’re not always perfect,” Asness said. The investor revealed that AQR has a “very tiny” AMC short bet that equals a 12 basis point position in the portfolio. “We got a meme stock short,” Asness said. “We had it throughout the whole meme stock craze. It is super expensive, super unprofitable, and super high beta and volatility.” He said Virgin Galactic is another name he finds unattractive right now. Shares of the space company are down more than 50% this year. Correction: A previous version of the story misstated Cliff Asness’ view on Virgin Galactic.

California law protects digital data from use in abortion probes

JPMorgan’s top picks for 2023, including two stocks coming off their worst performances in decades