Costco is positioned for inflation and spending shift, Jefferies says 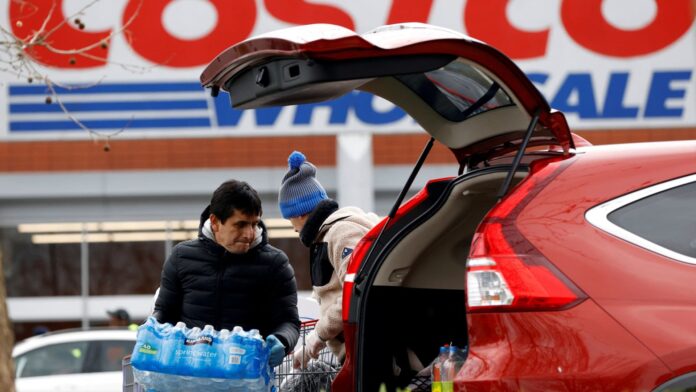 Costco is one of the best bets for investors to navigate a turbulent period for consumer stocks, according to Jefferies. Retail stocks were under pressure on Tuesday morning after Walmart lowered its guidance , saying that inflation was changing consumer spending and forcing the company to lower prices to move some items, such as apparel. However, Jefferies analyst Corey Tarlowe reiterated Costco as a top call, saying in a note to clients that the company seems to be on better footing than its peers. “Elevated inventory has been a problem for many retailers, but we believe COST is relatively well positioned in this regard,” Tarlowe wrote. “COST highlighted that food and sundries and fresh inventories are in good shape, and while there is some excess inventory (such as Holiday merchandise that arrived late from last season), we believe that the business should be able to effectively manage through this dynamic.” One major pressure point for consumers has been higher gas prices, but that could actually benefit Costco. The company’s on-site gas stations offer discounts to Costco members, which can help drive traffic to the stores, Jefferies said. “Given the current elevated price of gas versus historical levels, COST highlighted this segment as a key traffic driver for the business, as ~50% of members who buy gas at Costco also shop in the warehouse during open hours (although, that penetration has come down as more members have been topping off their gas tanks),” Tarlowe said. Jefferies has a price target of $580 per share on Costco, which is more than 9% above where the stock closed Monday. — CNBC’s Michael Bloom contributed to this report.