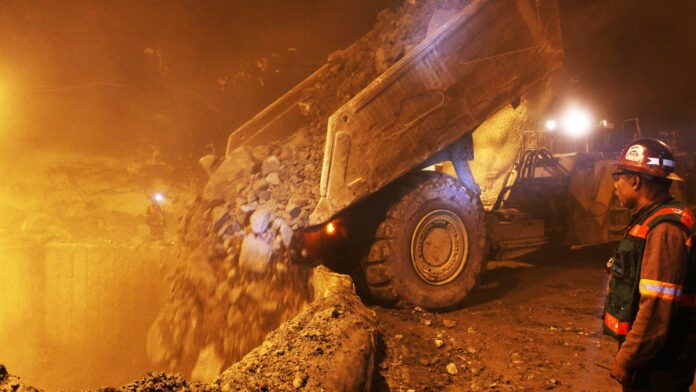 Credit Suisse is bullish on copper, so by extension, is raising its outlook on mining stock Freeport-McMoRan . The firm on Thursday upgraded Freeport-McMoRan to neutral from underperform. Analysts also raised their price target on the stock to $38 from $32. The new projection implies about 10% downside from Wednesday’s closing price. “Freeport shares are highly correlated to the LME copper price and under our inflation centric thesis that copper prices should remain well supported in the medium term, we believe risk / reward is now tilted more neutral for the stock,” Credit Suisse’s Curt Woodworth said in a note. Though copper futures are down roughly 1% this year, Credit Suisse believes the commodity should perform well in the tricky economic environment. “We would expect copper prices to remain very well supported even as supply/demand balances pivot to greater surplus as global demand concerns escalate owing to sharp increases in interest rates, exhaustion of stimulus, and late cycle demand dynamics,” Woodworth said. The transition to electric vehicles should also provide support in the coming years as EVs require significantly more copper than traditional internal combustion engine vehicles, Credit Suisse noted. As for Freeport, Credit Suisse is remaining neutral on the company as it looks to see “how the company can generate substantial economic value add above the copper price leverage.” Freeport shares are up about 1% this year, outperforming the S & P 500’s 13.7% decline. —CNBC’s Michael Bloom contributed reporting.