HomeInvestingDan Niles sees no bottom in sight for stocks as earnings could...
Investing 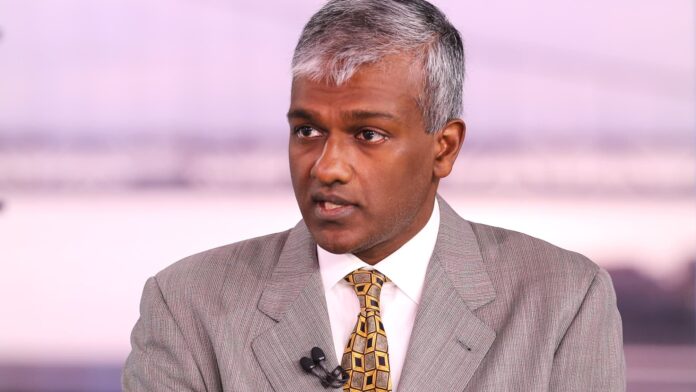 Hedge fund manager Dan Niles said he expects stocks have a lot more to lose before a bottom is reached as corporations are about to turn in disappointing earnings and weak forecasts. “You don’t want to fight the fundamentals,” Niles said on CNBC’s “Squawk Box” on Tuesday. “I think you are going to see Q2 earnings be absolutely horrible in terms of the guidance they are going to give for Q3 because you are dealing with slowing growth at the same time you are dealing with high inflation affecting their businesses.” The founder and senior portfolio manager for the Satori Fund highlighted recent examples of negative preannouncements from big companies, including Target and Microsoft. Earlier this month, Target warned investors that its profits will take a short-term hit, as it marks down unwanted items, cancels orders and takes aggressive steps to get rid of extra inventory. Microsoft recently lowered its fiscal fourth-quarter estimates, citing unfavorable foreign exchange rate movement. “P/E multiples in a high inflation environment contract pretty sharply, and that’s why I think we are still going to be down 30% to 50% by some time next year peak to trough when we are sitting in the middle of a recession,” Niles said. The major averages just suffered their 10th losing week in 11 on fears that the Federal Reserve will hike rates aggressively to tame inflation at the risk of causing an economic downturn. The S & P 500 dropped 5.8% last week for its biggest weekly loss since March 2020.The equity benchmark is now more than 21% off its record high from early January after rebounding on Tuesday. The Fed hiked interest rates by three-quarters of a percentage point, the central bank’s biggest increase since 1994 . The central bank reiterated its commitment to fight surging inflation at a four-decade high. “You don’t want to fight the Fed. The Fed is going to be the most aggressive they’ve been since the 1970s to try to get inflation down,” Niles said. The hedge fund manager said one of the only bright areas in the market right now is Chinese tech companies , particularly internet names, as Beijing eases technology crackdown.