Elon Musk has pulled more than 50 Tesla employees into Twitter 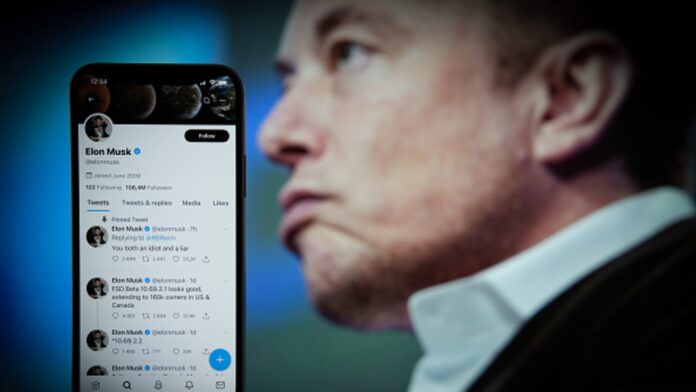 New Twitter owner Elon Musk has pulled more than 50 of his trusted Tesla employees, mostly software engineers from the Autopilot team, into his Twitter takeover, CNBC has learned.

Musk, who is CEO of automaker Tesla and re-usable rocket maker SpaceX, completed the $44 billion acquisition of Twitter on Oct. 28 and made his mark there immediately. He fired the company’s CEO, CFO, policy and legal team leaders right away, and has also dissolved Twitter’s board of directors.

According to internal records viewed by CNBC, employees from Musk’s other companies are now authorized to work at Twitter, including more than 50 from Tesla, two from the Boring Company (which is building underground tunnels) and one from Neuralink (which is developing a brain-computer interface).

Some of Musk’s friends, advisors and backers, including the head of his family office Jared Birchall, angel investor Jason Calacanis, and founding PayPal COO and venture capitalist David Sacks, are also involved. So are two people who share Musk’s last name, James and Andrew Musk, who have worked at Palantir and Neuralink respectively.

Nocon previously worked for Uber and Nisos, a security company that had a multi-million dollar contract with Tesla to identify insider threats, and monitor critics of the company.

At Twitter, Musk is counting on his lieutenants and loyalists to decide who and what to cut or keep at the social network.

He is also pressing them to learn everything they can about Twitter as quickly as possible, from source code to content moderation and data privacy requirements, so he can redesign the platform.

Musk has billed himself as a free speech absolutist, but has to balance his wishes with laws and business realities. He said in an open letter to advertisers last week as he was taking over the company, “Twitter obviously cannot become a free-for-all hellscape, where anything can be said with no consequences.”

It is not immediately clear how Tesla employees are expected to split their schedules between the automaker and Twitter.

Typically, when Tesla employees work for other Elon Musk ventures, usually SpaceX or the Boring Company, they can get paid by the other venture as a consultant. Some of Musk’s employees have full-time roles at more than one of his businesses. For example, Tesla Vice President of Materials Charlie Kuehmann, is also concurrently a Vice President at SpaceX.

Other times, two Tesla employees told CNBC, Tesla workers are pressured to help with projects at his other companies for no additional pay because it’s good for their careers, or because the work is seen as helping with a related party transaction or project.

Tesla is facing more serious scrutiny than ever before around the technology built and maintained by its Autopilot team, namely its driver assistance systems, which are marketed as Autopilot, FSD and FSD Beta.

The SEC, DOJ and California DMV are all investigating whether Tesla or Musk violated laws and misled consumers about Tesla’s driver assistance systems, which are still in development and do not make the company’s cars self-driving.

Meanwhile, the federal vehicle safety authority, NHTSA, continues to investigate whether Tesla driver assistance systems may have contained defects that contributed to or caused collisions. The way that Tesla marketed these systems on social media, including Twitter, is part of the scope of at least one NHTSA investigation.

Several Twitter employees told CNBC over the weekend that Tesla employees now at Twitter have been involved in code review at the social network, even though their skills from working on Autopilot and other Tesla software and hardware do not directly overlap with the languages and systems used to build and maintain the social network. These employees asked not to be named because they’re not authorized to talk to the press about internal matters, and feared retaliation.

For example, most engineers in automotive companies, even the tech-forward Tesla, do not have experience designing and operating search engines and platforms that are broadly accessible to the public.

Twitter has multiple code bases with millions of lines of code in each, and myriad 10- or even 100-query per second (QPS) systems underpinning it. At Tesla, Python is one of the preferred scripting languages, and at Twitter programmers have used Scala extensively.

Twitter employees who were there before Musk took over have been asked to show his teams all manner of technical documentation, to justify their work and their teams’ work, and to explain their value within the company. The threat of dismissal looms if they do not impress.

The employees said they are worried about being fired without cause or warning, rather than laid off with severance. Some are worried that they will not be able to reap the rewards of stock options that are scheduled to vest in the first week of November, according to documentation viewed by CNBC.

Meanwhile, the Twitter employees said they have not received specific plans from Musk and his team yet, and are largely in the dark about possible headcount cuts within their groups, budgets and long-term strategies.

Musk has set nearly impossible deadlines for some to do-list items, however.

One immediate project is to redesign the company’s subscription software, dubbed Twitter Blue, and the company’s verification system (known sometimes as “blue checks” for the way they are denoted on the service). Employees say Musk wants that work done by the first week of November. The Verge previously reported that Musk wants to charge $20 per user per month, and to only give verification marks to the accounts of users who are paid subscribers, and would remove verification from accounts who do not pay for Twitter Blue.

Managers at Twitter have instructed some employees to work 12-hour shifts, seven days a week, in order to hit Musk’s aggressive deadlines according to internal communications. The sprint orders have come without any discussion about overtime pay or comp time, or about job security. Task completion by the early November deadline is seen as a make-or-break matter for their careers at Twitter.

In an atmosphere of fear and distrust, many Twitter employees have stopped communicating with each other on internal systems about workplace issues. Some of Twitter’s Slack channels have gone nearly silent, multiple employees told CNBC.

Meanwhile, Musk and his inner circle have been plumbing archived messages in the systems, ostensibly looking for people to fire and budgets or projects to slash.

On Sunday night, in a display of his unfettered access to internal information at the company, CEO Elon Musk (who calls himself Chief Twit but is officially Chief Executive Officer and sole director) posted a screenshot to his 112 million listed followers on Twitter.

The screenshot depicted comments made by Twitter’s head of safety and integrity, Yoel Roth, in May 2022. At the time, Musk was trying to get out of his agreement to buy Twitter for $54.20 per share.

In court, and in public, Musk had vociferously accused Twitter of faking metrics, specifically of downplaying the amount of spam, fake accounts and harmful bots that exist on the platform.

In the internal that messages Musk made public, Roth wrote disparagingly of a person involved with the business named Amir, and also remarked, that if Amir continued to “BS” him or others about objectives and key results, Twitter would be “literally doing what Elon is accusing us of doing.”

Musk alleged in a tweet that, “Wachtell & Twitter board deliberately hid this evidence from the court.” He also appeared to threaten further legal action, writing: “Stay tuned, more to come…”

Representatives for Twitter, Tesla and the law firm Wachtell, Lipton, Rosen & Katz have not yet responded to requests for comment.

Fed’s preferred inflation measure rose 4.7% in May, around multi-decade highs

Alex Jones must pay more than $45 million in punitive damages to the family of a Sandy Hook massacre victim, jury orders