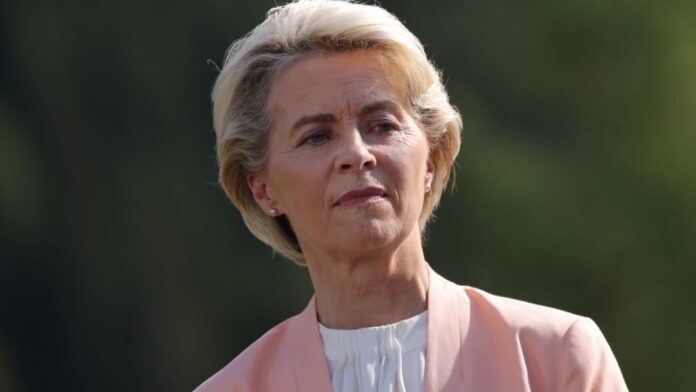 The European Commission is putting forward new measures so member states are better prepared for the winter, when their energy needs are higher. This comes as Gazprom claims it can’t fulfil gas contracts with Europe.

European countries will reportedly have to quickly curb their consumption of natural gas as part of a wider plan to deal with reduced supplies from Russia.

The European Commission, the executive arm of the EU, on Wednesday is due to present a plan on how countries can prepare for the winter period, when their energy needs are much higher.

The plan comes as Russia’s energy giant Gazprom claims it cannot fulfil gas contracts with the bloc — a major headache for European nations given they have been so dependent on Russian energy prior to the invasion of Ukraine.

An EU official, who did not want to be named because the plan is still being finalized, told CNBC Monday that one of the “most controversial” items in the proposal is gas reduction targets.

Confirming details of a draft document seen by the Financial Times, the official added that this idea is likely to be contentious because different EU member states have different energy needs, meaning that, for instance, it is harder for Germany, one of the biggest importers of Russian energy, to cut its gas usage by, for example 5%, compared to Spain.

The European Commission declined to comment on the plan ahead of its publication.

The Financial Times reported Monday that Brussels will tell EU countries to cut gas consumption “immediately” and that gas reduction targets will become mandatory in the event of a severe disruption in gas flows.

The European Union has been preparing for the eventuality of a total shutdown in gas supplies from Russia in the wake of Moscow’s onslaught in Ukraine. However, the level of preparedness seems to be intensifying as concerns grow that Russia will indeed substantially reduce flows to Europe, or even end them completely.

The Nord Stream 1 pipeline — a key transit point of Russian gas to Europe — has been closed to undergo maintenance work until July 21. However, many European officials are skeptical that flows will restart at full capacity.

This latest development added to previous concerns that Russia is nearing a complete shutdown in gas supplies to Europe after flows were already 60% lower last month.

She added that this move from Russia “must be seen as a harbinger of a total gas embargo ahead of the winter season, as European storage capacities are not filled to the required extent, and the governments of European countries heavily dependent on Russian gas supplies will come under immense economic pressure.”

European economies are already facing a bleak economic outlook with inflation at record levels and growth suffering constant downward revisions. A big part of this economic reality is caused by the energy crisis, greatly accentuated by Russia’s war in Ukraine.

The upcoming plan to prepare for the winter comes as the Commission is also stepping up gas deals with other parts of the world. On Monday, it announced a new agreement with Azerbaijan and it has previously signed deals with the United States.

Europe’s Energy Commissioner Kadri Simson said in June that the gas filling level was over 56% but some member states needed to make more progress in the coming weeks to improve their capacity levels. Back in March, the commissioner had asked for a minimum storage target of 80% by Nov. 1.

Financing a new car? How much you can save with excellent credit score