HomeInvestingEVs are getting cheaper as gas prices surge
Investing

EVs are getting cheaper as gas prices surge 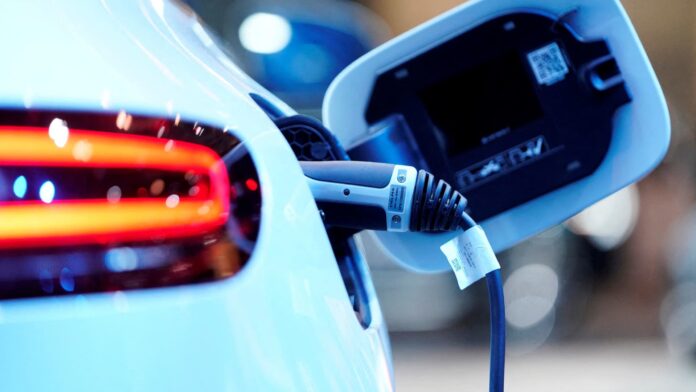 The economic case for electric vehicles has rarely, if ever, looked better as prices at the pump surge. That’s the conclusion of a new report by Raymond James. The firm compared the rising cost of electricity with elevated gasoline prices in an effort to understand the cost differential between EVs and internal combustion engine, or ICE, vehicles. “[T]he economic benefit from higher fuel prices more than cancels out the headwind from higher electricity prices,” the firm found. “Insofar as there are lingering hurdles to EV adoption, currently the main one is limited product availability amid constrained supply chains — meaning, you might have to wain in a proverbial line,” analysts led by Pavel Molchanov added. Prices are rising across the economy as economies around the world re-open following the pandemic. Supply chains have been roiled by surging demand for goods, and Russia’s invasion of Ukraine has further upended already strained systems. But gas prices have been one of the largest pain points for consumers. The national average for a regular gallon of gasoline was $4.72 on Friday, according to AAA. That’s down from the record $5.016 hit on June 14, but prices are still $1.58 higher than one year ago. Electricity bills are also rising, but at a slower clip thanks in part to regulations. In order to conduct a side-by-side comparison Raymond James focused on the Nissan Sentra and the electric Nissan Leaf. The firm focused on the payback period last year — when gas prices were lower — compared to this year. EVs are more expensive than ICE cars due to factors that include costs associated with the lithium-ion batteries. But over time, the initial higher cost is made back since the car doesn’t require gas. The “payback period” is when consumers recover their initial outlay. In 2021, gas prices averaged more than $3 per gallon , according to the U.S. Energy Information Administration, while utility rates were $0.137 per kilowatt-hour . Under this scenario, Raymond James found the payback period was 12 years, not accounting for government subsidies. That timeframe has now been cut in half due to elevated gas prices. The Leaf has also come down in price, despite broad inflationary pressures from rising commodity costs. Using $4.50 as an average gas price for 2022 along with $0.145 per kilowatt-hour for electricity prices, Raymond James said the payback period falls to just five years for a vehicle purchased in 2022. There are some key assumptions within Raymond James’ analysis beyond just not factoring in tax credits. The figures assume that gasoline and electricity prices remain constant over the duration of the vehicle’s life. In reality, of course, these prices are constantly in flux. “The fact of the matter is that, for a typical consumer, a car buying decision tends to be heavily influenced by what’s happening with energy prices at the time of the purchase,” the firm said. Raymond James added that while few consumers use sophisticated models to compute different vehicle prices, they understand that “$100+ oil represents the single most potent demand driver for EV adoption.” Electric vehicle stocks have come under pressure recently amid a rotation out of growth-oriented areas of the market. Tesla’s stock has fallen 28% in 2022. Upstarts like Rivian and Canoo are down 69% and 66% for the year, respectively. U.S.-traded shares of Chinese names Nio and XPeng have shed 28% and 36%, respectively.