HomeUSAFDA decision on Novavax's Covid shots could be delayed
USA 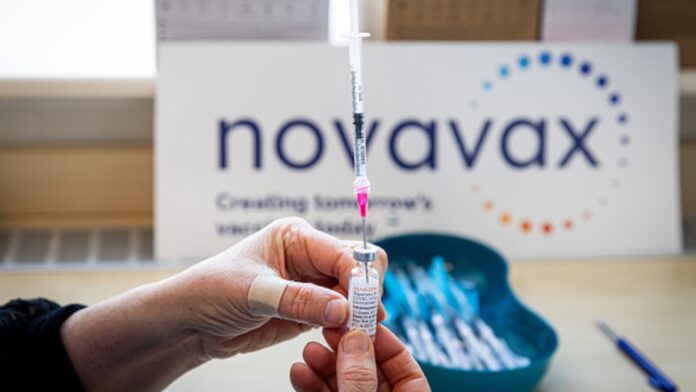 The Food and Drug Administration needs to review changes to Novavax‘s manufacturing process before it can authorize the biotech company’s Covid-19 vaccine in the U.S., an agency spokesperson said on Wednesday.

The FDA’s committee of independent vaccine experts on Tuesday voted overwhelmingly to recommend Novavax’s vaccine for use in the U.S., after an all-day meeting in which they reviewed data on the shot’s safety and its effectiveness at preventing Covid.

The FDA, in a statement to CNBC, said Novavax informed the agency of changes to its manufacturing process on June 3, days before the committee was scheduled to review its vaccine’s safety and efficacy data.

“FDA will carefully review this and any additional information submitted by the firm as part of its ongoing assessment and prior to authorizing the vaccine for emergency use,” FDA spokesperson Abby Capobianco told CNBC.

FDA authorization would allow Novavax to start shipping doses to the U.S. from its manufacturing partner Serum Institute of India. However, the Centers for Disease Control and Prevention would still need to sign off on the vaccine before pharmacies and other health-care providers could start administering the shots.

Novavax was one of the original participants in the U.S. government’s race to develop a Covid vaccine in 2020, receiving $1.8 billion from Operation Warp Speed. However, the small Maryland biotech company struggled to build a manufacturing base from scratch and its clinical data came much later than Pfizer or Moderna, which rolled their shots out at breakneck speed.

Novavax asked the FDA to authorize its two-dose vaccine in late January. Dr. Doran Fink, a senior official at the FDA’s vaccine division, told CDC advisors in April that reviewing Novavax’s application has been “incredibly complex” because it involves clinical and manufacturing data.

Novavax, in a statement, said it has shared updated manufacturing data with the FDA as it has become available.

While the vaccine still awaits authorization in the U.S., Novavax has started rolling out its shots around the world. The biotech company’s shots have been authorized in more than 40 countries, including Australia, Canada and the European Union. Dr. Peter Marks, who leads the FDA’s vaccine division, said the U.S. has high regulatory standards when it comes to vaccines and does not base its decisions on authorizations in other countries.

“We take manufacturing very seriously,” Marks said told the FDA committee Tuesday. “We don’t benchmark ourselves against other countries when it comes to manufacturing, we consider that we have a very high standard, and it’s why we’re often considered a gold standard for our manufacturing, and particularly in the area of vaccines.”

Investors look ahead to Jackson Hole