HomeInvestingFour Nord Stream pipeline scenarios with global markets on edge ahead of...
Investing 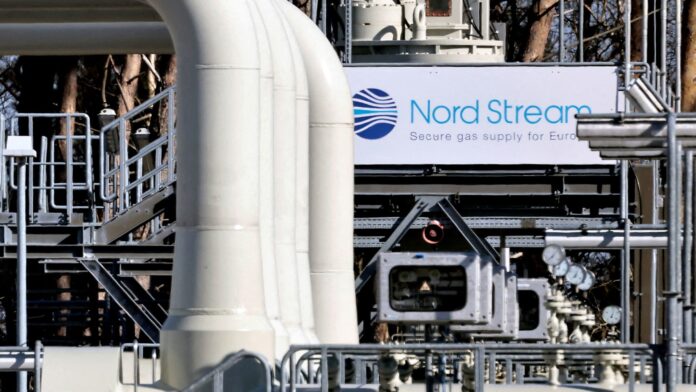 One of the most impactful market events of the year may have to do with Vladimir Putin and his plans for a pipeline. The Nord Stream 1 (NS1) natural gas route from Russia to Germany is currently offline, shut down for 10 days of planned maintenance. The shutdown comes on top of already reduced flows, as a few weeks ago Gazprom throttled back the natural gas to just 40%, citing maintenance. In a perfect world, the NS1 would begin pumping natural gas back to Germany this Thursday or Friday. The world is far from perfect now, and there are growing fears that Gazprom – the Russian gas giant – may be pressured by Putin into delaying the planned restart, as revenge against Europe for its support of Ukraine and the sanctions on Moscow. Not restarting the flow of NS1, or a major delay in restarting it, will make it more difficult for Europe, and Germany in particular, to fill up their natural gas storage ahead of winter. It’s a complex subject, but the bottom line is simple: if Germany does not secure enough natural gas, it may be forced to shut down significate portions of it’s economy, Europe’s largest, and one of the world’s most important manufacturing centers. A shutdown in parts of Germany would almost certainly send the economy into a deep recession, with likely implications for global investors. Those implications are not just for stocks. They could move currencies and credit markets, which are already wobbling in Europe as sovereign debt concerns grow. The full Nord Stream story is as complex as it is fluid with Wall Street analysts seeking to understand what may happen. We can’t know for certain, but based on aggregations of various research and trader notes, here are four possible scenarios and the market implications. Scenario No. 1 – A full restart Gazprom resumes natural gas flows in the next few days at near full capacity. Likely outcome – U.S. and European stocks rally, euro rises, credit spreads narrow. Scenario No. 2 – Partial restart Gas flows resume, but at reduced volumes. Likely outcome – stocks move depends on flow rate (40% not great, 20% worse, etc.) but markets overall remain on edge if and when flow resumes. Scenario No. 3 – No restart but positive signs Gas flows don’t resume later this week but there are positive indications they will restart soon. Likely outcome – Stocks and euro dip, credit and bank stocks waver. Scenario No. 4 – No restart, no indication Gas flows do not resume and there is no clear indication of when they might. Likely outcome – worst outcome. Stocks fall globally, euro drops and credit gets hit. Bank stocks particularly vulnerable. Some other key recent market commentary: Deutsche Bank: In a “tap remains turned off” scenario, it expects a rationing of gas leading to a German GDP slump between 5% and 6% in 2023. BNP Paribas: A full-blown gas disruption would drive the Euro Stoxx 50 down 20% more, with several quarters of European recession. UBS: If Russia halts all gas deliveries to Europe – not just the Nord Stream but other pipelines as well – it could send the euro to 90 cents, the Stoxx 600 index down another 20%, with corporate earnings falling 15%. JPMorgan Chase: The moves in European corporate bond spreads would be bigger than the first wave of the Covid pandemic in 2020 if Russia shuts off gas supplies. Scary stuff. We will be covering the developing story all day on CNBC TV live from Germany later this week.

G-20 finance meetings in Bali overshadowed by war in Ukraine