HomeTechnologyGameStop fires its CFO and announces layoffs as part of aggressive turnaround...
Technology 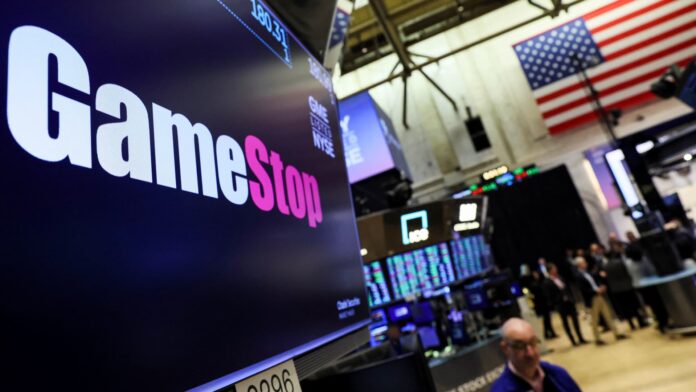 GameStop has fired its Chief Financial Officer, Mike Recupero, and is making staff cuts across departments as part of an aggressive turnaround plan, the videogame retailer announced Thursday.

Recupero, who joined the company about a year ago, was “fired because he was not the right culture fit” and was “too hands off,” a person familiar with the matter told CNBC. He was pushed out by GameStop chairman Ryan Cohen, the person said.

Diana Jajeh, the company’s chief accounting officer, will become CFO. She will have a starting annual salary of $200,000, according to a filing with the U.S. Securities and Exchange Commission, and will be eligible for a “transformation bonus” in an aggregate amount of $1,965,000.

The layoffs, which were announced in a memo to employees that was obtained by CNBC, are on the corporate side of the company rather than at its stores, according to the person familiar with matter, and are intended to “reduce bloat” as GameStop invests in other areas.

The legacy brick-and-mortar retailer has been trying to reinvent itself and catch up to a videogame business that has largely moved online. Chewy founder Cohen was tapped last year to lead the company turnaround. He brought in a fresh slate of corporate leaders, including CEO Matt Furlong and Recupero, formerly of Amazon.

The company has made more than 600 corporate hires since the start of 2021, according to the memo announcing the changes.

GameStop’s stock has also garnered heightened attention, frequently getting swept up in the meme stock frenzy and posting sharp swings in its share price.

Yet the retailer has held its cards close to the vest. It has provided few updates on a broader corporate strategy and hasn’t taken questions from analysts on the company’s earnings calls for over a year. It did not respond to a CNBC request for more details about Thursday’s announcement.

Furlong highlighted some steps GameStop has taken to refresh its brand and drive growth on an earnings call this spring. He said it has launched a redesigned app, attracted new members to its rewards program and hired people with backgrounds in e-commerce and blockchain gaming. It plans to debut a marketplace for nonfungible tokens, or NFTs, by the end of the second quarter.

In the memo sent to employees Thursday and obtained by CNBC, Furlong said the company has to take bold steps as it invests in its digital future.

“This means eliminating excess costs and operating with an intense owner’s mentality,” he said. “Everyone in the organization must become even more hands-on and embrace a heightened level of accountability for results.”

Shares of the company fell more than 6% in extended trading after gaining more than 15% during the regular session. As of Thursday’s close, GameStop shares were trading at $135.12 giving the company a market value was $10.29 billion.

Earlier this week, GameStop said its board had approved a 4-for-1 stock split. A stock split is issued when a company wants to increase the number of shares and put their price within reach of more investors. The news spurred a more than 8% jump in the stock price.

Here’s the full memo sent to GameStop employees on Thursday:

Change will be a constant as we evolve our commerce business and launch new products through our blockchain group. After investing heavily in personnel, technology, inventory and supply chain infrastructure over the past 18 months, our focus is on achieving sustained profitability. This means eliminating excess costs and operating with an intense owner’s mentality. Everyone in the organization must become even more hands-on and embrace a heightened level of accountability for results.

With that said, I’m getting in touch today to share three organizational updates:

1.  After making more than 600 corporate hires in 2021 and the first half of 2022, we have a stronger understanding of our transformation needs. This has positioned us to right-size headcount across several corporate departments. Today, we’re making a number of reductions to help us keep things simple and operate nimbly with the right talent in place.

2. We’re going to be making a significant investment in our Store Leaders and field employees, who play a critical role fulfilling the needs of our customers. These individuals are, in many respects, the heart of GameStop. We’ll be sharing details regarding this investment in the coming weeks.

These changes will enable us to operate in a profitable manner as we execute against our strategy of pursuing sales growth in our commerce business and launching new products that empower customers within the digital asset and web3 gaming verticals. I’m confident in the team we have in place going forward, and thank you again for your continued dedication and focus.

These are analysts’ favorite value stocks heading into 2023, including one name expected to double