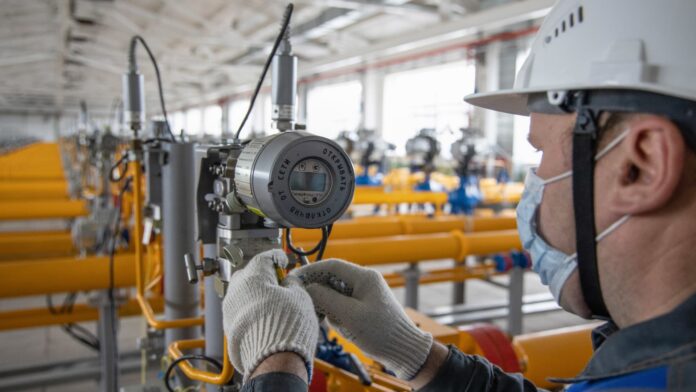 Russia is poised to temporarily shut down the Nord Stream 1 pipeline — the European Union’s biggest piece of gas import infrastructure — for annual maintenance. The works have stoked fears of further disruption to gas supplies that would undermine the bloc’s efforts to prepare for winter.

Some fear the Kremlin could use planned maintenance works to turn off the taps for good.

The summer maintenance activities on the pipeline, which runs under the Baltic Sea from Russia to Germany, are scheduled to take place from July 11 through to July 21.

It comes as European governments scramble to fill underground storage with natural gas supplies in an effort to provide households with enough fuel to keep the lights on and homes warm during winter.

The EU, which receives roughly 40% of its gas via Russian pipelines, is trying to rapidly reduce its reliance on Russian hydrocarbons in response to President Vladimir Putin’s months-long onslaught in Ukraine.

We cannot rule out the possibility that gas transport will not be resumed afterwards for political reasons.

Klaus Mueller, the head of Germany’s energy regulator, told CNBC that Russia may continue to squeeze Europe’s gas supplies beyond the scheduled end of the maintenance works.

No gas is expected to be transported via the pipeline once the annual inspection gets underway, Bundesnetzagentur’s Mueller said, adding: “We cannot rule out the possibility that gas transport will not be resumed afterwards for political reasons.”

If supply “doesn’t come back after maintenance because President Putin plays games or wants to hit Europe while it hurts, then the plan to fill up gas storage by the end of summer will probably not work,” Henning Gloystein, director of energy, climate and resources at Eurasia Group, told CNBC via telephone.

The Nord Stream 1 pipeline is majority-owned by Russian gas company Gazprom. The state-backed energy giant did not respond to a CNBC request for comment.

One key concern for EU policymakers and the energy sector more broadly is that they have “virtually no idea as to what will happen” because most communications with Gazprom have now broken down, Gloystein said.

They had been previously been relatively open and frequent until May.

Gas pipeline flows from Russia to Europe have been in sharp focus over recent weeks, given rising disruption concerns.

Russia has reduced its gas flows to Europe by about 60%, and it is not yet known when or if Nord Stream 1 gas flows will return to normal levels. Gazprom has cited the delayed return of equipment serviced by Germany’s Siemens Energy in Canada for its reduced flows via the pipeline.

Late last month, Germany moved to the second so-called “alert level” of its emergency gas plan. The measure means Europe’s largest economy sees a high risk of long-term gas supply shortages but believes the market is still able to manage the disruption without the need for intervention.

Eurasia Group said that if Putin orchestrated a total cut-off of gas supplies beyond the scheduled end of maintenance works on the Nord Stream 1 pipeline — in what Gloystein described as a “maximum economic warfare” scenario — Germany would likely be forced to move to level three of its three-stage emergency gas plan.

At this level, Germany’s Bundesnetzagentur would need to decide how to distribute gas supplies nationwide.

‘A hotspot for the entire EU’

Indeed, it is not only German authorities that are deeply concerned about the prospect of a further supply cut.

Germany, Italy, Austria and the Netherlands have also all indicated that coal-fired plants could be used to compensate for a cut in Russian gas supplies.

“That is actually why though … we think Russia will return a little bit,” Gloystein said. “They want a little bit of a bargaining chip in case the Europeans tighten the sanctions further so then the Russians can retaliate with that.”

Russian President Vladimir Putin attends the IX Forum of the Regions of Russia and Belarus via a video link in Moscow, on July 1, 2022.

Gloystein said a total shutdown of gas supplies via the Nord Stream 1 pipeline for the remainder of the year seemed unlikely, particularly because such a move would contradict Moscow’s own narrative.

The Kremlin has previously argued that the current reduction in supplies is due to “technical factors” and economic sanctions.

Maintaining at least some flows would also allow Russia to benefit from high prices and to retain the option of more drastic cut-offs later in the year, Gloystein said, potentially in retaliation for proposed Western oil or gas price caps.

Thomas Rodgers, a European gas analyst at energy consultancy ICIS, said he did not expect flows to be completely cut off — and pointed to separate maintenance works that were completed on time.

“We do not currently see any solution to the supposed compressor issues that have pushed NS1 flows down to this low level but are not expecting a complete cessation after this work is completed,” he told CNBC.

“Recent work on the Turkstream pipeline that brings Russian gas to southeast Europe via the Black Sea and Turkey was recently completed to schedule and without further disruption.”

Here’s how to install it and what’s new