Germany’s increased coal, oil use will be temporary, Scholz says 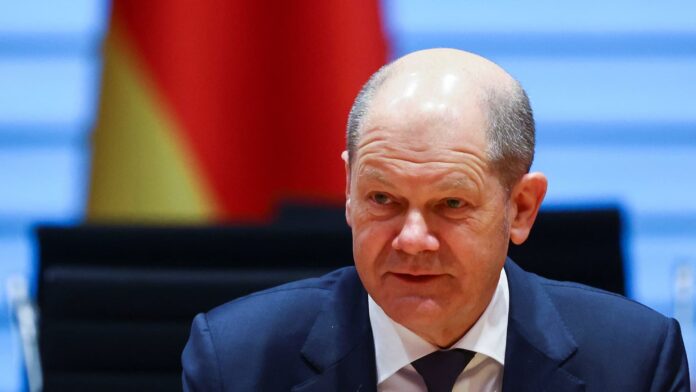 Chancellor Olaf Scholz said Germany is looking to create closer ties with countries that share its values, naming Japan and India, among others.

Chancellor Olaf Scholz says Germany’s decision to reactivate coal and oil-fired power plants to relieve energy shortages because of the war in Ukraine is only temporary and his government remains committed to doing “everything” to combat the climate crisis.

In a video message Saturday, Scholz expressed regret over Germany’s decision to fire up 16 dormant fossil fuel power plants and extend the operating permission for 11 more amid fears of further cuts in natural gas supplies from Russia.

“The fact that because of Russia’s brutal attack on Ukraine we now have to temporarily use some power plants that we had already taken out of operation is bitter,” he said. “But it is only for a very short time.”

Scholz insisted that Germany remains committed to ending its greenhouse gas emissions by 2045 — the earliest of any major industrialized nation — and noted a recent package of measures approved by parliament to boost the rollout of renewable energy.

“We want to do everything we can to combat the climate crisis,” he said.

But environmentalists say the government could be doing much more, including imposing a general speed limit and restricting domestic flights to save fuel. Climate campaigners have also blocked major roads in and around Berlin recently in protest against plans for new oil and gas projects in the North Sea.

Scholz and the country’s energy minister, Robert Habeck, have ruled out extending the operating life of Germany’s three remaining nuclear plants beyond this year, arguing that this would not solve Germany’s energy needs.