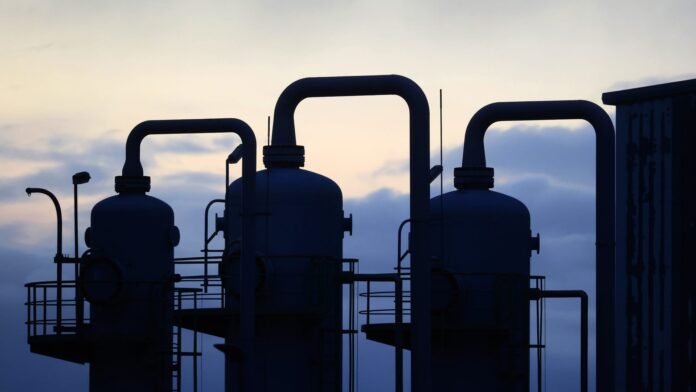 Goldman Sachs predicts that European natural gas prices would drop by about 30% in the coming months as nations gain a temporary upper hand on supply issues.

This would mark a significant change to the levels seen back in August. At the time, Russia’s unprovoked invasion of Ukraine and the subsequent pressures on Europe’s energy mix pushed prices to historic figures — above 340 euros per megawatt hour.

The recent cooling in gas prices has derived from several factors: Europe’s gas storage is basically full for this winter season; temperatures this fall have been milder than expected thus delaying the start of a period of heavy usage; and there is an oversupply of liquefied natural gas (LNG).

Recent reports have pointed to about 60 vessels waiting to discharge their LNG cargo in Europe. Some of these shipments were bought during the summer and are just arriving now as storage fills up. Indeed, the latest data compiled by industry group Gas Infrastructure Europe shows storage levels in Europe are sitting at 94%.

Despite optimism on lower gas prices in the near term, which may alleviate some of the cost-of-living crisis, there’s plenty of pressure on European leaders to secure supplies in the medium term.

“Our commodity team forecasts a further decline to 85 euros in the first quarter before sharply picking up into next summer as storage levels are rebuilt,” Goldman Sachs analysts said in the research note. Their forecasts point to a surge in prices to just below 250 euros per megawatt hour by the end of July.

Natural gas prices are expected to pick up after the first three months of 2023 due to several factors.

Fatih Birol, executive director of the International Energy Agency, told CNBC’s Julianna Tatelbaum Friday that only a very small amount of new LNG will hit the market next year. “If China economy sees a rebound, next year the LNG import of China may also increase together with Europe,” he said.

China was the world’s top importer of LNG in 2021, according to the U.S. Energy Information Administration. However, due to its strict Covid-19 policy, the Chinese economy has had to deal with a number of lockdowns which have dented growth. Any change in this political approach would increase demand for LNG and push up prices for European buyers too.

Additionally, gas storage has been helped by Russian supplies which the EU has been trying to ween itself off. Even Xavier Bettel, the prime minister of Luxembourg, an EU nation, acknowledged in October that storage was full with Russian gas. Russian supplies have since been severely disrupted and it’s Europe’s aim to be completely free from Russian fossil fuels.

The CEO of EDP, Portugal’s utilities firm, summed it up when speaking to CNBC’s “Squawk Box Europe” Friday. “Certainly we are in a much better place than we were a couple of months ago,” Miguel Stilwell d’Andrade said, but “we should expect a lot of volatility going forward.”