HomeInvestingGoldman says to buy these energy stocks ahead of earnings
Investing

Goldman says to buy these energy stocks ahead of earnings 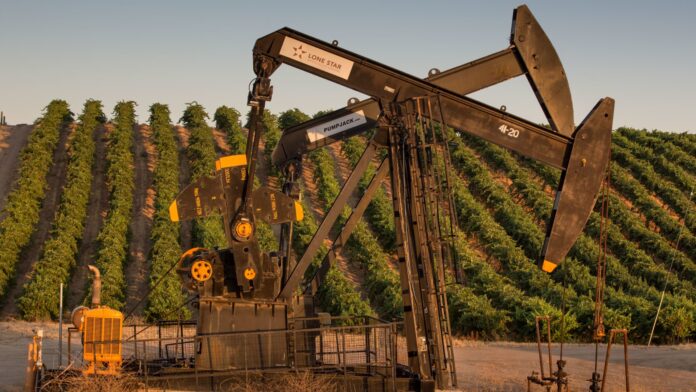 Earnings season is in full swing, and as companies across sectors get set to provide quarterly updates, Goldman Sachs said there are a handful of oil and gas companies that should be on investors’ radar. The firm said Monday in a note to clients that Diamondback Energy , EQT and Chesapeake Energy are solid bets for investors from a risk vs. reward standpoint. Energy stocks are still the only group in the green for 2022, rising 28%. But the industry has recently come under pressure, falling 22% since hitting a 52-week high on June 8. The weakness comes as global growth concerns raise questions about both near- and long-term oil demand. “While investor sentiment has turned more negative on the E & P sector given global economic growth concerns, we maintain a long-term constructive/bullish posture given strong cash flow, discounted valuation, the growing strategic value of U.S. gas/oil, and improving returns on and of capital,” analysts led by Neil Mehta said, referring to exploration and production companies. Key factors to watch for during earnings reports include production execution, management of inflationary pressures and capital return outlook, he added. Diamondback is one of the companies Goldman likes ahead of earnings. The stock has underperformed this year, with a gain of just 5%. Mehta attributes this to concerns around the company’s free cash flow allocation plans. Additionally, he said that investors were worried Diamondback would pursue an aggressive M & A strategy after it chose to pay variable dividends rather than make opportunistic share repurchases. But Goldman said this strategy will ultimately differentiate Diamondback from its peers. “The focus on the quarter for investors will likely revolve around…the future outlook/form of capital returns after increasing its commitment to returning at least 75% of FCF to shareholders vs. 50% previously,” Goldman said. Diamondback reports second-quarter earnings on Aug. 1 after the market closes. Another name on Goldman’s list is EQT. Shares of the natural gas company have surged 93% year to date as the U.S. sends record amounts of LNG to Europe. Still, Goldman is bullish on natural gas and continues to rate EQT a buy. Mehta said better capital efficiency and “improved pricing with greater Henry Hub/LNG-linked pricing exposure” should support shares. “We see potential for EQT shares to rerate with further balance sheet improvement and more allocation of FCF towards capital returns,” he said. Still, Goldman noted that given EQT’s outperformance this year, near-term execution will be key. The company reports second-quarter results on July 27 after the market closes. Fellow natural gas player Chesapeake Energy is also on the firm’s list of stocks to buy ahead of earnings. Shares of the Oklahoma City-based company have gained 39% this year, outperforming the broader energy sector. Mehta said Chesapeake’s operations are supported by a strong balance sheet, while the company also has an attractive dividend yield. “We believe CHK is on track to provide strong capital returns to shareholders and close the value gap vs. its peers,” the firm said. Chesapeake reports earnings after the market closes on Aug. 2. – CNBC’s Michael Bloom contributed reporting.