HomeTechnologyGoogle offered to spin off ad business to ward off a new...
Technology

Google offered to spin off ad business to ward off a new suit: WSJ 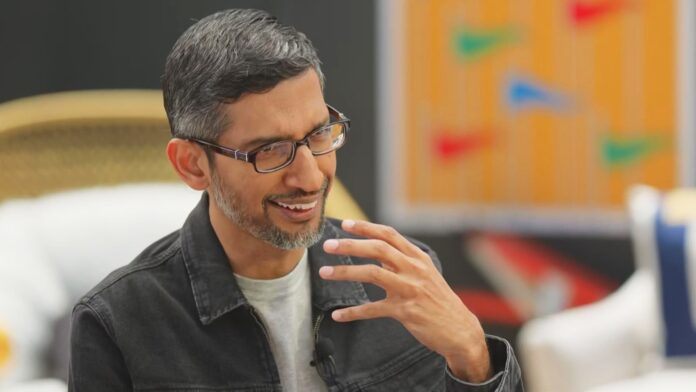 CNBC: Sundar Pichai, CEO of Alphabet and Google being interviewed by Deirdre Bosa.

Google has offered to split parts of its ad-tech business into a separate company under its parent company Alphabet to ward off a second expected antitrust lawsuit from the Department of Justice, The Wall Street Journal reported Friday.

Such a concession would keep the ad business under the Alphabet umbrella but still represent a significant change in the digital advertising landscape, in which Google is a massive player on both sides of the market. While most commonly known for its search engine, Google’s main business is online advertising. Alphabet reported $257 billion in revenue for 2021.

But it’s unclear if the offer would satisfy the DOJ.

The department’s antitrust chief, Jonathan Kanter, has been adamant that he prefers to go to court rather than accept settlements. Kanter said in a speech to the New York State Bar Association Antitrust Section in January that published court opinions are vital to push forward the law.

“In short, we will pursue remedies — not settlements. We cannot compromise if there is a violation of the law,” Kanter said at the time.

Kanter has been barred from working on Google monopoly investigations while the DOJ determines whether he should recuse himself based on past work for Google rivals, according to a May report from Bloomberg citing unnamed sources. The DOJ has not confirmed the report. But it’s likely his colleagues leading the probe would honor his philosophy if that’s the case.

The Journal reported that a new antitrust lawsuit over Google’s ad-tech business could come as soon as this summer, according to sources.

A DOJ spokesperson declined to comment to CNBC on the report.

“We have been engaging constructively with regulators to address their concerns,” a Google spokesperson said in a statement to CNBC. “As we’ve said before, we have no plans to sell or exit this business, and we’re deeply committed to providing value to a wide array of publisher and advertiser partners in a highly competitive sector.”

Still, according to the Journal’s report, Google’s proposal would involve keeping the ad-tech business under its same owner, not selling it entirely. The spokesperson declined to address that specific point.

Created in 2015, Alphabet is essentially a holding company for Google, which generates nearly all of its revenue and profit. Google has always portrayed itself as a tech company and has invested in many far-reaching areas of technology — such as internet search, phones, artificial intelligence, self-driving cars and health technology.

Google has spun out other businesses, like its self-driving car company Waymo and its life sciences company Verily, while keeping them under the Alphabet umbrella.

Google has been the market leader in online advertising for well more than a decade. Over the years, it has built and acquired a slew of ad-tech tools that enable content publishers to make money through advertising and let ad buyers seek out the audience they want on Google Search, YouTube, Maps and other websites across the internet.

A new lawsuit would add to the already enormous legal challenges Google faces over its alleged dominance across multiple businesses.

Google also faces separate lawsuits from large coalitions of state attorneys general, including one led by Texas that alleges illegal monopolization of the online advertising market.

The company has faced scrutiny outside of the U.S. as well, most notably in Europe, where it’s been slammed with multiple competition charges, including one over its shopping price comparison service that was upheld by a European court.