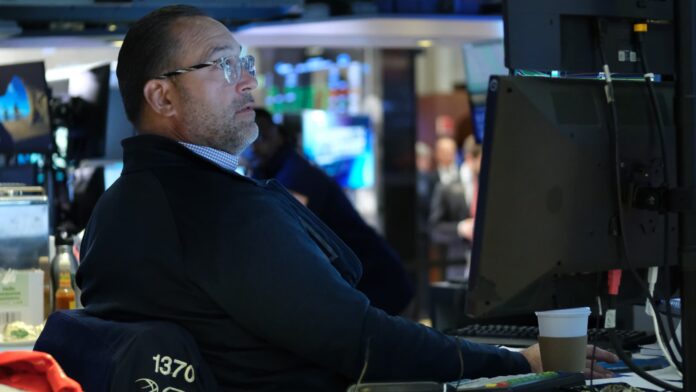 The hedge fund community has bought several stocks with conviction during this year’s market turmoil, and those same names could outperform going forward, according to Goldman Sachs. The Wall Street firm analyzed the holdings of 786 hedge funds with a combined $2.3 trillion of gross equity positions at the start of the fourth quarter, based on regulatory filings. Goldman then identified a number of Russell 1000 stocks with the largest increase in number of hedge fund owners during the third quarter — so-called “rising stars.” “Changes in popularity with hedge fund investors can be strong signals for future stock performance,” Ben Snider, a Goldman equity strategist, said in a note. During the last 20 years, these rising hedge fund stars have typically gone on to outperform sector peers during the quarters following their rise in popularity, Goldman said. UnitedHealth stands on top of the list, with 31 hedge funds adding the stock last quarter. The health care name has risen about 5%, significantly outperforming the market. PayPal also saw big hedge fund buying in the third quarter. The payments company beat earnings and revenue expectations for the third quarter, but its fourth-quarter revenue estimate lagged analysts’ expectations. The stock is down almost 60% this year. A number of hedge funds also purchased Pinterest shares during this year’s 31% sell-off. The social media company bucked the trend in online advertising in the latest quarter, unlike rivals Meta and Snap. International Flavors & Fragrances was also liked by a number of professional investors. Earlier this year, it was revealed that Carl Icahn owns a 4% stake in the New York-based fragrance company. In late 2019, International Flavors & Fragrances merged with DuPont’s nutrition and biosciences unit, creating what is now a $26 billion consumer giant. The stock is down 33% this year, however. Other top picks among hedge funds included Signify Health , Edwards Lifesciences and TransUnion .

A key threshold awaits the S&P 500, which could test the staying power of this October rally