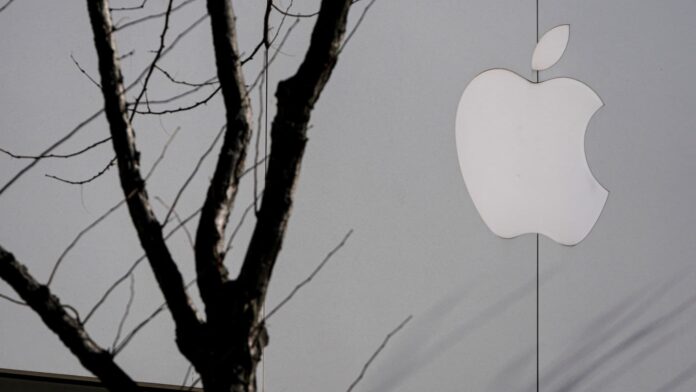 Apple is set to report earnings Thursday, and some analysts covering the company expect the tech giant to show further proof of why it remains a “good hiding place” in this volatile market. Shares of Apple have plummeted about 14% this year amid a broader market sell-off that’s hard hit technology. But while the Mac producer grappled with a slowing economy and major supplier shutdowns in the previous quarter , analysts believe that Apple remains a safe-haven behemoth well-positioned to perform better than its peers. “We believe the resilience of the earnings estimates in the backdrop of macro deterioration, including both inflation and adverse FX, will continue to drive investors to prefer Apple with strong cash generation and balance sheet that will allow it to offset any earnings dilution on account of the macro through buybacks,” wrote JPMorgan’s Samik Chatterjee in a note to clients on Sunday. While trouble may lie ahead for Apple, Chatterjee expects the downside — and risks to estimates —to “be fairly limited.” Despite the ongoing macro risks, he believes Apple should continue to gain smartphone market share relative to competitors. JPMorgan has a $200 price target on the stock, meaning shares could rally a potential 30% from Friday’s close price. Deutsche Bank also thinks the company is well-positioned to perform better than its peers, with analyst Sidney Ho calling the company a “good hiding place” amid the volatility in a note to clients on Sunday. “We believe the company has managed its supply chain better than it planned a quarter ago, while it continued to gain share in an otherwise difficult quarter for smartphones and PCs,” Ho wrote. To be sure, not everyone is as optimistic heading into Thursday’s print. Last week, Morgan Stanley’s Katy Huberty said she expects a miss from Apple as it copes with supply chain and foreign exchange headwinds. That said, the company remains a high-quality name to buy on any pullback in its stock, according to Huberty. Meanwhile, Goldman Sachs’s Rod Hall anticipates foreign exchange issues and the surging U.S. dollar to impact revenue and margins into the fourth quarter, while headwinds in the third fiscal quarter were likely “more severe” than anticipated, said analyst Rod Hall. And, despite a bullish longer-term outlook on Apple compared to its competitors, many analysts expect a cautious outlook from the technology company — if provided — ahead. “We do not expect AAPL to provide revenue guidance for F4Q (Sep) due to the ongoing macro uncertainty, but we expect the company to suggest growth will be slower than normal seasonality (up mid-teens % q/q),” wrote Deutsche Bank’s Ho. All that said, Canaccord Genuity’s Mike Walkley said he expects strong customer retention to buoy growth for Apple and sees benefits from 5G upgrades in the near term. — CNBC’s Michael Bloom contributed reporting