HomeUSAHere's what the Fed's highest rate hike in 28 years means for...
USA 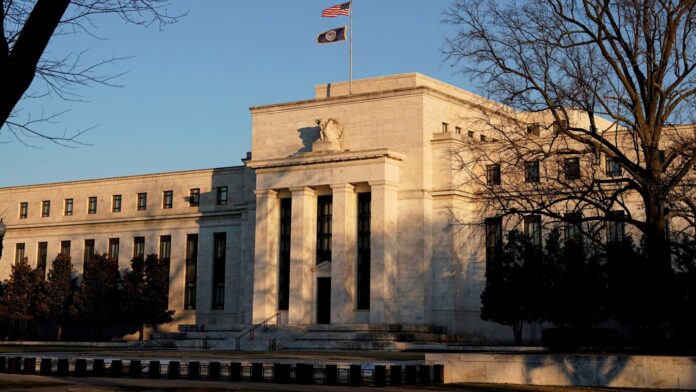 What the federal funds rate means to you

The federal funds rate, which is set by the central bank, is the interest rate at which banks borrow and lend to one another overnight. Although that’s not the rate consumers pay, the Fed’s moves still affect the borrowing and saving rates consumers see every day.

With the backdrop of rising rates and future economic uncertainty, consumers should be taking specific steps to stabilize their finances — including paying down debt, especially costly credit card and other variable rate debt, and increasing savings, said Greg McBride, chief financial analyst at Bankrate.com.

Since most credit cards have a variable interest rate, there’s a direct connection to the Fed’s benchmark, so short-term borrowing rates are already heading higher.

Credit card rates are currently 16.61%, on average, significantly higher than nearly every other consumer loan, and may be closer to 19% by the end of the year — which would be a new record, according to Ted Rossman, a senior industry analyst at CreditCards.com.

If the APR on your credit card rises to 18.61% by the end of 2022, it will cost you another $832 in interest charges over the lifetime of the loan, assuming you made minimum payments on the average $5,525 balance, Rossman calculated.

If you’re carrying a balance, try consolidating and paying off high-interest credit cards with a lower interest home equity loan or personal loan or switch to an interest-free balance transfer credit card, he advised.

Consumers with an adjustable-rate mortgage or home equity lines of credit may also want to switch to a fixed rate, Spatt said.

Because longer-term 15-year and 30-year mortgage rates are fixed and tied to Treasury yields and the broader economy, those homeowners won’t be immediately impacted by a rate hike.

However, the average interest rate for a 30-year fixed-rate mortgage is also on the rise, reaching 6.28% this week — up more than 3 full percentage points from 3.11% at the end of December.

“Given that they’ve already gone up so dramatically, it’s difficult to say just how much higher mortgage rates will go by year’s end,” said Jacob Channel, senior economic analyst at LendingTree.

Even though auto loans are fixed, payments are getting bigger because the price for all cars is rising, so if you are planning to finance a new car, you’ll shell out more in the months ahead.

Federal student loan rates are also fixed, so most borrowers won’t be impacted immediately by a rate hike. However, if you have a private loan, those loans may be fixed or have a variable rate tied to the Libor, prime or T-bill rates — which means that as the Fed raises rates, borrowers will likely pay more in interest, although how much more will vary by the benchmark.

That makes this a particularly good time to identify the loans you have outstanding and see if refinancing makes sense.

While the Fed has no direct influence on deposit rates, they tend to be correlated to changes in the target federal funds rate. As a result, the savings account rates at some of the largest retail banks are barely above rock bottom, currently a mere 0.07%, on average.

“The rates paid by bigger banks are largely unchanged, so where you have your savings is really important,” McBride said.

Thanks, in part, to lower overhead expenses, the average online savings account rate is closer to 1%, much higher than the average rate from a traditional, brick-and-mortar bank.

“If you have money sitting in a savings account earning 0.05%, moving that to a savings account paying 1% is an immediate twentyfold increase with further benefits still to come as interest rates rise,” according to McBride.

Top-yielding certificates of deposit, which pay about 1.5%, are even better than a high-yield savings account.

However, because the inflation rate is now higher than all of these rates, any money in savings loses purchasing power over time.

To that end, “one main opportunity out there is the possibility of buying some I bonds from the U.S. government,” Spatt said.

These inflation-protected assets, backed by the federal government, are nearly risk-free and pay a 9.62% annual rate through October, the highest yield on record.

Although there are purchase limits and you can’t tap the money for at least one year, you’ll score a much better return than a savings account or a one-year CD.

What’s coming next for interest rates

Consumers should prepare for even higher interest rates in the coming months.

Even though the Fed has already raised rates multiple times this year, more hikes are on the horizon as the central bank grapples with inflation.

While expectations for those increases had been quarter and half-point hikes at each meeting, the central bank could hand out further 50 or 75 basis point increases if inflation doesn’t start to cool down.

Trump, DOJ propose candidates to serve as special master in review of documents

Activist Starboard takes a stake in Vertiv, and an opportunity to boost margins is in sight