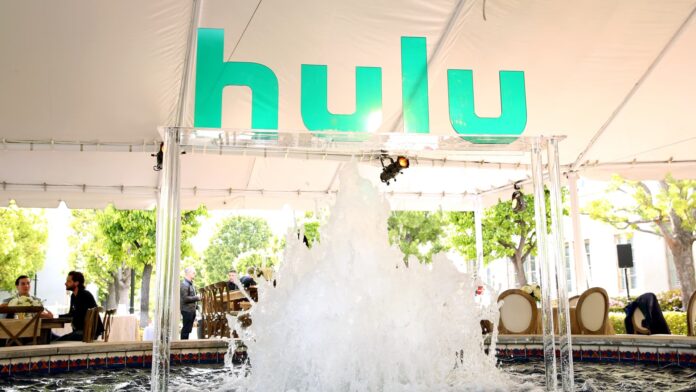 Signage is seen at the 2019 Deadline Contenders Hulu Reception at Paramount Theater on the Paramount Studios lot on April 07, 2019 in Hollywood, California.

Disney has a Hulu problem.

In 2019, the entertainment giant struck an unusual agreement with Comcast. Two months earlier, Disney had acquired Fox’s 33% stake in Hulu as part of a $71 billion acquisition, giving it a majority stake in the streaming service.

That put Comcast Chief Executive Brian Roberts in an odd position. Comcast owned the other 33% of Hulu. Roberts thought the value of Hulu would increase as the world shifted to streaming video, but he didn’t want or need to own a passive stake.

Roberts and then-Disney CEO Bob Iger struck a deal to temporarily save Disney billions after splurging on Fox while taking operational control of Hulu. Comcast agreed to hold its stake in Hulu until January 2024. Then, Comcast can force Disney to buy its 33% of Hulu at a minimum total valuation of $27.5 billion. The price tag could be higher depending on fair market value of Hulu in 2024 as determined by an independent third party.

Disney is approaching a 2024 deadline when it must pay Comcast billions for a one-third stake in Hulu.

Disney hasn’t specifically detailed its strategic plans for Hulu in the future.

One possible solution is for Disney to sell Hulu to Comcast, but such a deal would mean Comcast would forgo about $10 billion, if not more, as a payment from Disney.

At the time, Disney+ was being built. It would launch eight months later, in November 2019. Hulu seemed like a highly strategic asset as millions of Americans canceled cable TV in favor of free and subscription streaming services.

Fast forward three years, and the raison d’etre and future of Hulu is unclear to investors, analysts, media executives and even Disney employees. Disney+ has become Disney’s flagship subscription streaming offering, with 138 million global subscribers as of April 2. Hulu is U.S.-only, with just over 41 million subscribers.

Disney is on the hook to pay billions of dollars for an asset that now seems like an awkward fit. There’s little evidence investors care about Hulu’s quarterly results. In fact, the better Hulu performs, the more Disney will have to pay Comcast to buy the rest of it in 2024.

“Disney has never declared what its strategy is for Hulu,” said Jon Miller, who served on Hulu’s board from 2009 to 2012. “Is it a distributor of other products? Is it Disney’s adult brand? It’s hard enough to run a single major SVOD [subscription video on demand] service. Disney already has Disney+. Wall Street wants to know, ‘How many chips can you afford to have on the board at any given time successfully?'”

This dynamic has led to executives at both Disney and Comcast to at least evaluate alternatives. Roberts and Disney CEO Bob Chapek are at the annual Sun Valley media conference this week. The two executives haven’t spoken for about six months, according to a person familiar with the matter. But the conference, famed for big media transaction discussions, could be a place to renew talks.

Lightshed media analyst Rich Greenfield has floated the idea that Comcast could buy Hulu from Disney rather than the other way around.

“We see no reason why Disney+ cannot be a broad entertainment service,” Greenfield wrote in a note to clients. “Parental controls are now available to prevent children from accessing more mature content. This raises the multibillion dollar question of why Disney even wants to own Hulu?”

The strange saga of Hulu

Perhaps Hulu’s most important strategic purpose is to support Disney+ subscriptions. It does this by being part of the “Disney bundle.” Disney+ is Disney’s family and kids service, Hulu is its broad, Netflix-like offering, and ESPN+ is its sports service. Disney markets and sells all three together for $13.99 per month, helping boost Disney+ subscribers and mitigate churn.

Otherwise, Hulu’s fit at Disney is clumsy. Hulu can’t be marketed with Disney+ globally because it’s not an international product. Like Disney+, Hulu also has kids programming — thousands of hours of licensed movies and TV series, and original programming, like the reboot of the old Warner Bros. animated series “Animaniacs.” Hulu functions as a house for “not-Disney Disney” content. That may be easy to understand for the Disney executives who decide what appears on Disney+ versus Hulu, but it’s not necessarily straightforward to customers.

Adding to the confusion, Disney appears to be pushing the boundaries on Disney+’s audience, adding the popular reality competition show “Dancing with the Stars” to its flagship service rather than Hulu. But not all family-friendly reality competition is on Disney+. Chef Gordon Ramsay’s “MasterChef Junior,” for example, is only on Hulu.

This season’s remaining four couples will dance and compete in their final two rounds of dances in the live season finale where one will win the coveted Mirrorball Trophy.

Hulu is also about to lose a large swath of its popular programming when Comcast removes its current-season TV shows, such as “Saturday Night Live” and “The Voice,” later this year. Comcast is putting the programming on its own flagship streaming service, Peacock.

Beyond the programming challenges, Hulu with Live TV is a completely separate product that combines Hulu’s subscription video on demand service with a bundle of digital cable networks for $69.99 per month. This offering has more than 3 million subscribers and includes live sports and programming on linear networks.

Hulu’s messy positioning within Disney is largely due to the fact that it was never meant to be a Disney-only service. It launched in 2008, with backing from NBCUniversal, still owned by General Electric at the time, and News Corp., which owned Fox. A year later, Disney took a stake.

At its inception, Hulu was a free streaming service supported by advertising, mainly used as a vehicle to watch back episodes of broadcast TV shows. By 2016, Hulu had fully shifted to paid subscription, with pricing tiers for ads and no ads. The shift coincided with big money licensing deals for both movies and TV series, such as “Seinfeld,” and a move to original programming. Also that year, Comcast, which had then acquired NBCUniversal from GE, Disney and Fox all sold a little more than 3% of Hulu to Time Warner, bringing in more programming to Hulu.

In 2017, Hulu’s “The Handmaid’s Tale” became the first streaming show to win the Primetime Emmy for Outstanding Drama Series.

Hulu’s role in the streaming wars

When Disney acquired most of Fox in 2019, Disney became the majority owner of Hulu. Time Warner agreed to sell its stake in Hulu back to Disney and Comcast, giving 66% control to Disney and 33% to Comcast.

Buoyed by giving users access to nearly every Disney movie ever made at just $6.99 per month, Disney+ was an immediate success, surpassing 10 million subscribers in its first 24 hours. By the end of 2020, Disney had bumped its 2024 forecast for Disney+ to 230 million to 260 million global subscribers. Each quarter for the past 2.5 years, Disney shares largely move up or down based on how many subscriber additions the company reports.

Chapek just signed a new contract with Disney to remain as CEO until 2025. He’ll be judged on whether Disney hits its 2024 Disney+ target. It’s safe to say he won’t be judged on Hulu’s subscriber totals.

Still, Hulu has doubled its total subscribers since 2018. The streaming service continues to churn out critically acclaimed series, including “Pen15,” “Dopesick” and “The Dropout.”

“The irony of Hulu is if they’d failed at programming, this would actually be an easier problem to solve,” said Miller, the former Hulu board member.

Hulu has valuable brand recognition from its 15 years of existence, especially compared with competitors that have largely been around for three years or less. It has a built-in advertising business that will take in $2.7 billion this year, according to MoffettNathanson — more than any other streaming service.

Disney executives have viewed Hulu as a way to keep Disney+’s price-value proposition clear. Some at Disney have seen Netflix’s recent struggles as evidence that the world’s biggest streaming platform offers too much content at too high of a price — a similar issue to what has led millions to cancel cable TV, according to people familiar with the matter. If Hulu is merged into Disney+, when Disney inevitably raises the price, some executives have expressed concern users could see Disney+ as a bloated product rather than relatively inexpensive niche offering.

One of Chapek’s missions at Disney is to get the company’s different divisions swimming in the same direction. Part of that goal appears to be to further integrating Hulu with Disney+, especially as Disney prepares to launch an advertising-supported Disney+ later this year. Disney is deploying its Disney Streaming Services (previously called Bamtech) across all of its streaming properties to better unify the technology. There are obvious money-saving synergies from selling advertising on Disney+ and Hulu with the same sales staff using a unified technology stack.

But if Hulu simply becomes a tile within Disney+, similar to HBO within HBO Max, it’s fair to question the service’s long-term value. As Greenfield noted, Disney is already able to put parental controls around adult themed content on Disney+.

“Disney has built one of the top global streaming platforms in Disney+,” said Miller. “Hulu could be Comcast’s answer.”

If Comcast acquired Hulu, it could use Peacock as its free advertising-supported platform, similar to how Paramount Global has paired Pluto with Paramount+, Miller said. Comcast could then move its premium content spend onto Hulu while also building it out as an aggregation distribution platform.

“Hulu’s third-party distribution business is a much better fit for Comcast,” said Miller. While Comcast has sold cable TV for decades, Disney isn’t a distributor by nature.

The problem is Comcast would likely have to pay billions back to Disney, and it’s still not clear whether Hulu’s original programming plus NBCUniversal’s content would be strong enough to compete with Netflix, Amazon, Apple and Disney around the world. If it can’t, Comcast would be doubling down on a potentially money-losing business.

Plus, Comcast already has what may be a $10 billion check, if not more, guaranteed from Disney, to spend on whatever it wants.

Hulu is stuck in the middle.

No, not “Stuck in the Middle,” the kids TV series starring Jenna Ortega. That’s on Disney+.