Invest around the soaring U.S. dollar 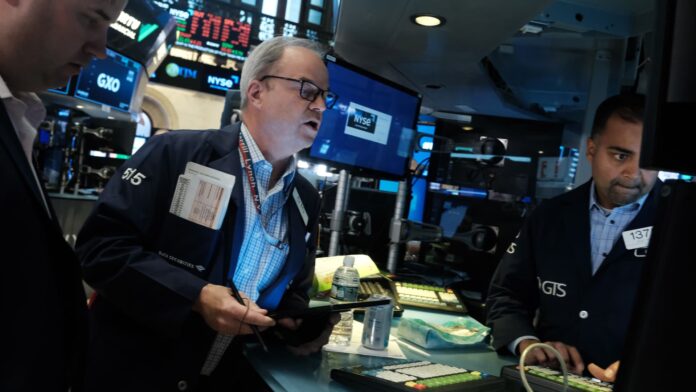 Stocks of businesses that are focused on the U.S. just might avoid the second-half earnings damage that’s about to be wreaked on their more multinational counterparts by the strongest dollar in 20 years. To some extent, it’s already happened. Since the start of the year, U.S. stocks with the highest domestic sales exposure have outperformed those that are internationally focused by as much as 9 percentage points, according to a late June report from Goldman Sachs analysts led by David Kostin. Thank the dollar, which has soared against the euro, Japanese yen and British pound as the Federal Reserve hiked interest rates in the first half to fight off inflation. The dollar outlook remains bullish, with the central bank poised to lift rates higher still at the end of July, as shown in the minutes from the June policy meeting released Wednesday. Meanwhile, the euro and the pound are suffering from high inflation in Europe, the war in Ukraine, uncertain energy supplies and political turmoil. Several countries in the region could fall into a recession in the next 12 months , according to Nomura. The weak euro will hurt overseas profit of U.S. multinationals when they’re translated back into dollars. To find shelter from the storm, CNBC looked at a basket of companies with at least 80% domestic sales, estimated sales growth of 10% or more this year and that a majority of analysts rate a buy. Some of the stocks are higher on the year, and all have outperformed the S & P 500 so far in 2022. Here’s our list: Healthcare and utilities are over represented, including Centene , Elevance Health and Humana , and Dominion Energy , NextEra Energy and PPL Corporation . Energy companies that are 100% domestic made the cut. Devon Energy is up nearly 16% year to date. Diamondback Energy , Marathon Petroleum and Pioneer Natural Resources are ahead between 2% and 23%. Southwest Airlines is off 16% in 2022, but Raymond James thinks the pullback is a good entry point. The firm upgraded Southwest to strong buy from in June, citing the price action. Evercore also raised its Southwest rating in March, saying the carrier as adjusting its schedule to deal with higher costs. Ulta Beauty was also recently upgraded by Raymond James because of its mix of products, which analyst Olivia Tong sees as positive given shifts in consumer spending in response to a slower economy. “The retailer’s wide range of price points from prestige to mass should mitigate the impact of potential trade-down, while beauty/going out remains in demand,” Tong wrote in a late June note.

Blackstone is ‘best in class,’ JPMorgan says in upgrade