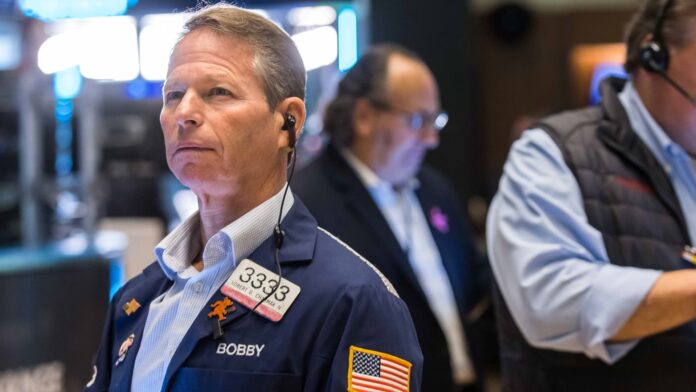 In my last piece, I cheered the end of the third quarter and the start of the fourth . Even the unfortunate roughly 5.3% decline for the S & P 500 in the third quarter belied the 12.8% cratering of equities between Sept. 12 and Sept. 30. October has followed the script, with all the major indices ahead for the month, led by the Dow Jones Industrial Average up nearly 14% and the S & P 500 ahead by about 8%. However, we have also noticed the vitriol applied to companies who miss their guidance, reduce their full-year estimates or both. No one expected much from the third quarter, particularly when Federal Reserve Chair Jerome Powell threw down the gauntlet on Aug. 26 in his Jackson Hole speech that was short but not sweet. He made clear his intent to curb inflation through a series of potentially painful rate hikes with no reprise until the job was done. As the market collapsed into the quarter’s end, there was some hope that much of the bad news was discounted in stock prices. Harsher treatment, extreme swings for shares Although the market has risen in October, it seems as if investors have treated disappointments with scorn. With 71% of companies having reported, we decided to examine the data to see if that was the case. The table below shows the reaction to changes in full-year 2022 consensus of more than 2%, either up or down, five days after a company reported its third quarter. The damage this year to a negative turn in consensus, at a 5% decline, has been 155% worse than the average of the past four years. The response to a positive consensus, similarly around 5% higher, is 40% more than in recent years. These more extreme price changes suggest that deviation from the “expected” in 2022, is taking everyone by surprise, even if it appears to be well telegraphed. As an example, while there has been chatter for months that advertising would be weak in the second half of the year, the markets were still shocked by the apparent weakness of Alphabet’s and Meta Platforms’ ad revenue as well as their commitment to greater-than-anticipated spending. These stocks imploded about 13% and more than 30%, respectively, in the five days after the companies posted their results. Over the prior four years, there were roughly three times as many upgrades (146) to consensus compared to downgrades. This year, in contrast, analysts have increased full-year earnings slightly more times than decreased them (69 versus 62), but the absolute changes combined are the lowest among the five years observed. This may be due to the intense level of uncertainly about such essential factors as inflationary pressures, fuel costs, supply chain shortages and consumer spending habits in the present environment. The multiplier effect on shares Another sign of investor skittishness is the “multiplier” effect of each 1% change in consensus. Over the prior four years, each 1% decline in consensus estimate, for this cohort, coincided with a drop of 25 cents in stock price. This year, a 1% estimate decline related to a 68-cent drop in price, suggesting that the market was much more punitive to transgressors. This would correlate with the negativity of investors during a bear market. On the upside, stocks with advancing consensus were rewarded by an average of 50 cents over the past four years for each 1% positive change in consensus and 62 cents this quarter. Investors may be delighted, after the carnage of 2022, to embrace stocks that defy the downward economic pressures. Of course, the market is now captive to the Fed’s moves in response to inflation. Very little beyond that can move the needle for the S & P 500, but the current quarter has taught us something about market sentiment. When companies miss their number and lower guidance, the punishment has deepened this year. Many stocks are oversold, but investors have extremely limited tolerance for disappointing expectations. After a year like this, who can blame them? Karen Firestone is chairperson, CEO and co-founder of Aureus Asset Management, an investment firm dedicated to providing contemporary asset management to families, individuals and institutions.

Binance was in the dark about Musk’s Twitter U-turn, CEO says

Wall Street loves this fast-casual restaurant, despite a looming recession