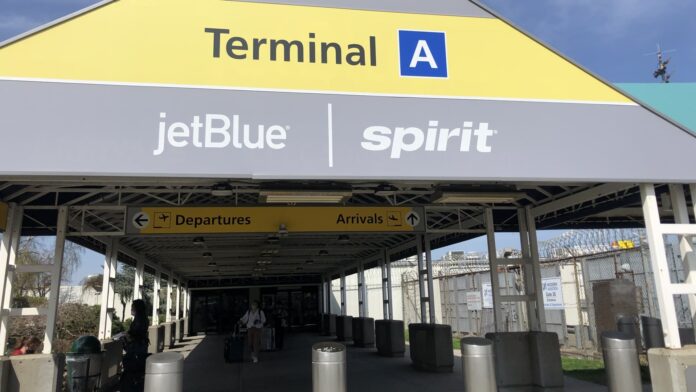 LaGuardia International Airport Terminal A for JetBlue and Spirit Airlines in New York.

Proxy advisory firm Institutional Shareholder Services on Friday reversed its stance on Spirit Airlines‘ planned tie-up with Frontier Airlines, urging Spirit shareholders to vote against the deal and calling JetBlue Airways‘ all-cash bid a “superior alternative,” yet another twist in the battle for the budget airline.

ISS in May originally urged shareholders to vote against the Frontier cash-and-stock deal, then in late June changed its recommendation after Frontier sweetened its bid to include a reverse breakup fee that matched JetBlue’s.

Now ISS has withdrawn its recommendation citing market volatility, energy prices and recession fears that “may lead shareholders to conclude that the certainty of value of the cash consideration is preferable to the potential upside of the Frontier deal.”

Frontier’s CEO, Barry Biffle, on Sunday called its latest sweetened offer its “best and final” in a letter to his Spirit counterpart, and fretted about a lack of shareholder support for that deal.

The change comes after repeated delays to a shareholder vote on the Frontier-Spirit deal, which Spirit has delayed four times. The vote is now scheduled for July 27.

Spirit declined to comment, while JetBlue and Frontier didn’t immediately respond. JetBlue shares were up 3% in morning trading, while Frontier rose more than 1% and Spirit was about 1% higher.